Two convicted war criminals hope to be elected as MPs at next month’s polls in Serbia, while several other people who are wanted by the UN court or have been accused of wartime violations are standing for parliament. 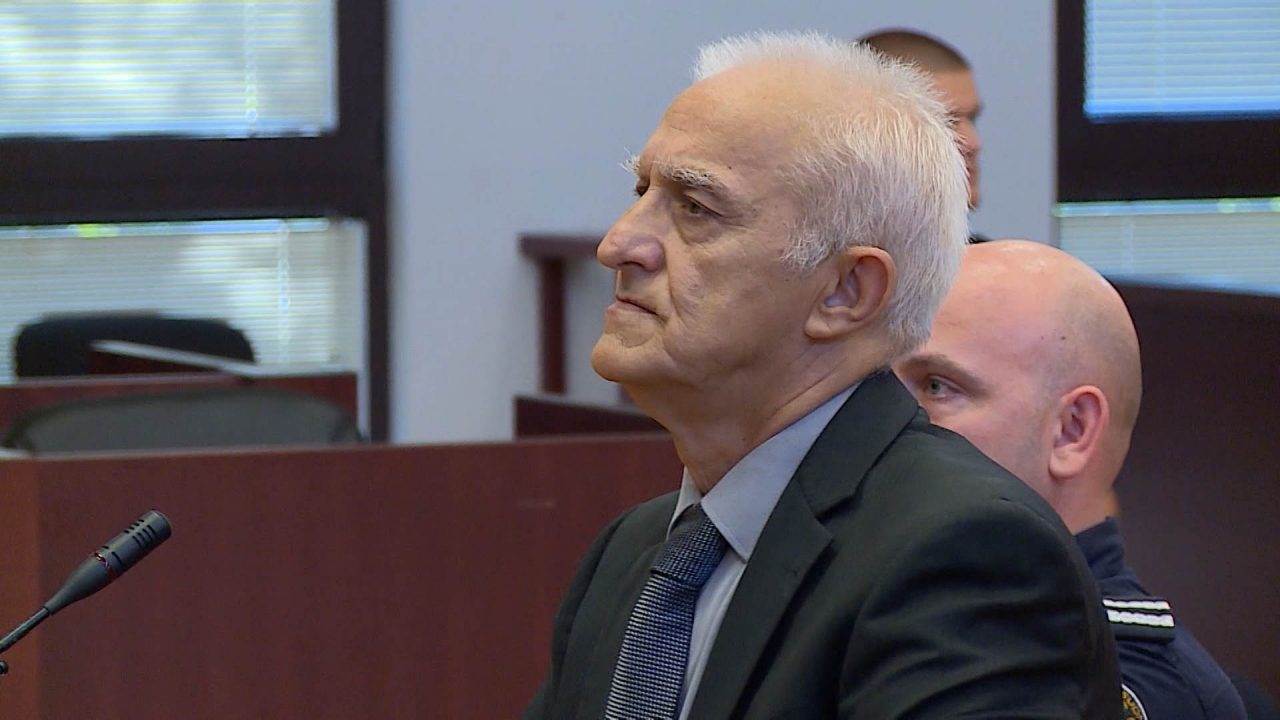 “I think that what I want to put on the agenda concerns every Serb, and I have no problem cooperating with anyone who is in parliament who wants to get involved in protecting persecuted Serbs,” would-be MP Dragan Vasiljkovic told Serbia’s TV Pink on May 17.

Vasiljkovic is well-known across the Balkans as ‘Captain Dragan’, a war criminal who only returned to Serbia on March 28 this year after serving a prison sentence in Croatia for crimes he committed there in 1991.

Now he is trying to collect the signatures of support that he needs to become a candidate in Serbia’s upcoming parliamentary elections June 21. If he succeeds, there will be two war criminals running as candidates for the legislature.

Vasiljkovic does not have a formal political programme yet, but has said that if elected, he would come to the defence of “persecuted Serbs” in Croatia, Kosovo and Montenegro.

He has also said that he favours early release from prison for Milorad ‘Legija’ Ulemek and Zvezdan Jovanovic, who are serving sentences for the assassination of Serbian Prime Minister Zoran Djindjic in 2003. He said that they should be freed because “they are heroes” who fought on behalf of Serbs.

The other war criminal who has announced his candidacy is ultranationalist Serbian Radical Party leader Vojislav Seselj, who was convicted by the Mechanism for International Criminal Tribunals of committing war crimes against Croats in his own country in 1992.

Veteran politician Seselj was already an MP in Serbia’s last parliament – even though his conviction should have disqualified him from sitting in the legislature – and he is now running again.

Jovana Kolaric, a researcher at the Humanitarian Law Centre, a Belgrade-based NGO that deals with war crimes in the former Yugoslavia, said that there is a contradiction between the rhetoric of the Serbian government about focusing on the future and its practice of glorifying people who committed war crimes in the past.

“‘Looking to the future’, Serbia prints and promotes books by people convicted of war crimes, cites their wartime experiences as an example, and pays tribute to them in various ways,” Kolaric said.

Last year, the Serbian Defence Ministry organised an event to promote a book that denies Bosnian Serb forces were responsible for the massacre of 71 people in Tuzla in Bosnia in 1995, and another event to promote a book by former Yugoslav Army general Nebojsa Pavkovic, who is currently serving a prison sentence for war crimes in Kosovo.

Dragan Vasiljkovic was found guilty of committing war crimes in June and July 1991 at the fortress in Knin in eastern Croatia, where imprisoned Croatian policemen and soldiers were abused, as well as during an attack on a police station in the town of Glina and surrounding villages in July 1991, which resulted in the killing of a civilian and a journalist.

Vasiljkovic had emigrated to Australia when he was 14 but returned to Yugoslavia prior to the outbreak of war in Croatia. He was sent to eastern Croatia, to territory controlled by rebel Croatian Serbs to be a commander of a training centre for a Serb special paramilitary unit.

He became well-known enough to feature in a war propaganda comic entitled Knindze (a portmanteau of Knin and Ninjas), and then ran as a candidate in Serbia’s presidential election in 1992 when, according to Vreme magazine, he won 28,010 votes.

But Kolaric said she believes that he cannot become “a significant political factor outside a coalition with the ruling parties”.

She also suggested that he might be seen as a political liability because his wartime role is likely to be mentioned in the upcoming Hague Tribunal verdict in the trial of former Serbian security service chiefs Jovica Stanisic and Franko Simatovic, “which I believe is something that no one wants to draw too much attention to at this moment”.

Seselj, who has been a major right-wing political figure in Serbia since the early 1990s, won a seat in parliament again in 2016, after the UN court in The Hague freed him from detention during his trial and allowed him to return to Serbia for cancer treatment.

In April 2018, the Mechanism for International Criminal Tribunals sentenced Seselj in his absence to ten years in prison for inciting crimes with nationalist speeches that he made in the village of Hrtkovci in Serbia in 1992. However, because of the years that he had already spent in custody, he did not have to serve any of the sentence.

According to Serbian law, if an MP is given a prison sentence longer than six months, his mandate must end. But the Serbian Assembly never applied this law to Seselj.

Kolaric argued that by not ending Seselj’s mandate, “we are sent a clear message that he is privileged in this society and that verdicts for war crimes are nothing important, nothing worthy of attention”.

Being an MP has given Seselj “a public arena for the relativisation and denial of war crimes… especially the genocide in Srebrenica”, said Kolaric.

His Serbian Radical Party is part of the local governing coalition in Belgrade’s Stari Grad municipality, which enabled it to use the municipality’s hall in February this year to promote Seselj’s book denying that the Srebrenica massacres were genocide.

Two other Serbian Radical Party candidates are wanted by the UN court in The Hague, while a third candidate has been linked to allegations of war crimes during the Kosovo conflict.

Serbian Radical Party lawmakers Vjerica Radeta and Petar Jojic have been charged by the International Criminal Tribunal for the Former Yugoslavia, ICTY with contempt of court during Seselj’s trial. They are accused of threatening, blackmailing and bribing witnesses to either change their testimonies or to not testify at all.

The tribunal initially submitted a warrant ordering their arrest in January 2015, but a year later, Belgrade Higher Court ruled that there were no legal grounds for extraditing them to The Hague. The tribunal has since turned down Serbia’s request for the two ultranationalist politicians to be tried in Belgrade instead.

Another Serbian Radical Party MP who is running for a new term in parliament is Bozidar Delic, a retired Yugoslav Army general who was commander of the 549th Motorised Brigade during the Kosovo war. In 2013, the Humanitarian Law Centre published a dossier about attacks on eight Kosovo villages by the 549th Motorised Brigade in March and April 1999 which left a total of 885 people dead.

The Serbian war crimes prosecutor’s office told BIRN in 2013 that Delic has been under investigation more than once, although he has denied committing war crimes and has never been charged.

In December last year, Aleksandar Sapic, who used to be a famous water polo player but now leads the Serbian Patriotic Alliance and is head of the New Belgrade municipality, told a press conference who would be on his organisation’s list for the upcoming elections.

Sapic said that “each of these people [standing] behind me has a political career and a position in society that he deserves thanks to his past work”. 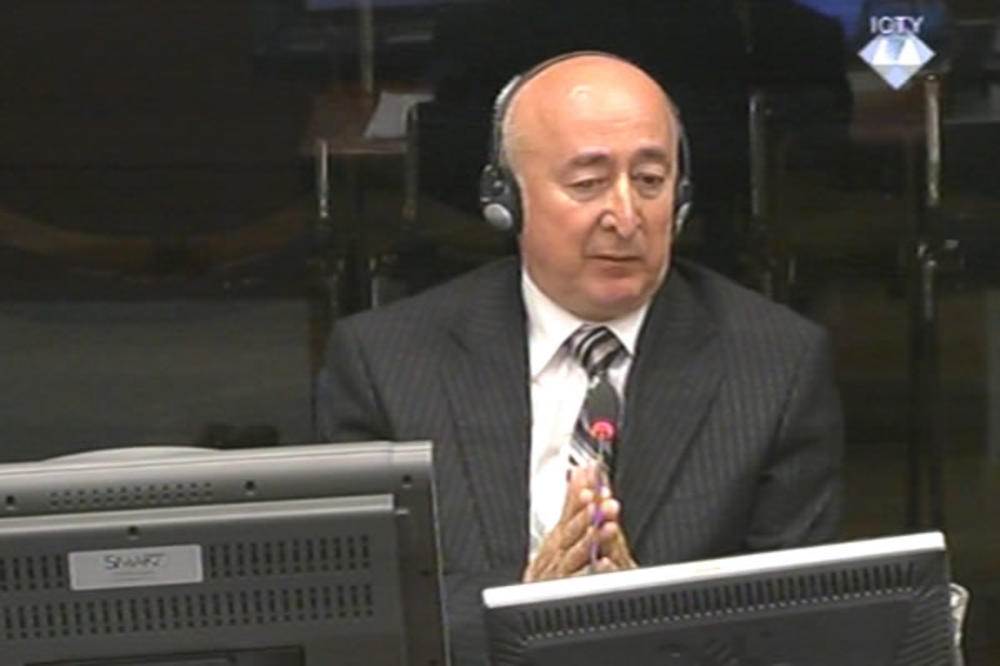 In 2018, the Humanitarian Law Centre filed a criminal complaint accusing Andric of wartime crime. The complaint alleged that he “ordered the ‘eviction” of the Bosniak population from [the town of] Zvornik” on May 28 1992.

“A few days later, on May 31, 1992, Andric issued an order to establish the Susica camp in Vlasenica. The camp existed until September 30, 1992, and during that period, the detainees were kept in inhumane conditions – they slept on concrete, received one meal a day, and did not enjoy basic hygienic conditions. Most were beaten daily, while the women who were detained in the camp were raped. Around 160 detainees were killed,” the Humanitarian Law Centre said in a statement.

“Also, in May and June 1992, the brigade commanded by Svetozar Andric persecuted Bosniaks from more than 20 villages in the Vlasenica municipality. In March of the following year, members of the brigade of which Andric was commander burned the village of Gobelje in the municipality of Vlasenica,” the statement added.

Kolaric said that the Serbian war crimes prosecution has not responded to the Humanitarian Law Centre “so we can’t really know what actions were taken in dealing with that criminal report”.

BIRN contacted Andric for a comment but he did not respond by the time of publication.

Another candidate who has been the subject of allegations about his wartime conduct is Momir Stojanovic, the leader of the Iskreno za Nis (Sincerely for Nis) organisation in Serbia’s third-largest city, Nis. He hopes to run as part of the Narodni Blok (People’s Block) alliance, which opposes joining NATO, selling off vital infrastructure to foreigners, recognising Kosovo’s independence and allowing migrants to enter Serbia.

Stojanovic was commander of military security of the Yugoslav Army’s Pristina Corps during the Kosovo war. He has been an MP before, with the ruling Serbian Progressive Party MP from 2012 to 2016, and was head of the parliamentary board for security services control.

Interpol issued a ‘red notice’ in 2015 calling on states worldwide to arrest him and 16 others who the EU’s rule-of law-mission in Kosovo suspected of bearing responsibility for killings of ethnic Albanian civilians in the villages of Meja and Korenica in April 1999.

During the Hague trial of Serbian political, military and police chiefs for wartime crimes in Kosovo, one witness named Stojanovic as one of the people who participated in planning the violence in Meja and Korenica. Stojanovic was also a witness at the trial, and he denied any wrongdoing.

The Serbian war crimes prosecution told BIRN that it had investigated Stojanovic and others over these crimes but had discontinued the probe due to the lack of evidence.

The continued presence on Serbia’s political scene of war criminals and their supporters in office was criticised in the European Commission’s report last year on Serbia’s progress towards its goal of EU membership.

“There have been several instances in which the state authorities have provided public space and took part in promoting activities of ICTY-convicted war criminals. This is not creating an environment conducive for an impartial and effective adjudication of war crimes cases,” the report said.

The European Commission also noted that senior Serbian officials have repeatedly challenged the judgments of the International Criminal Tribunal for the Former Yugoslavia, and its report said that the country still needs to do more to “overcome the legacies of the past”. Electing war criminals to parliament is unlikely to further that goal.