The Balkan Investigative Reporting Network has published an interactive map providing detailed information about scores of far-right and extremist organisations in six countries in the Balkans. 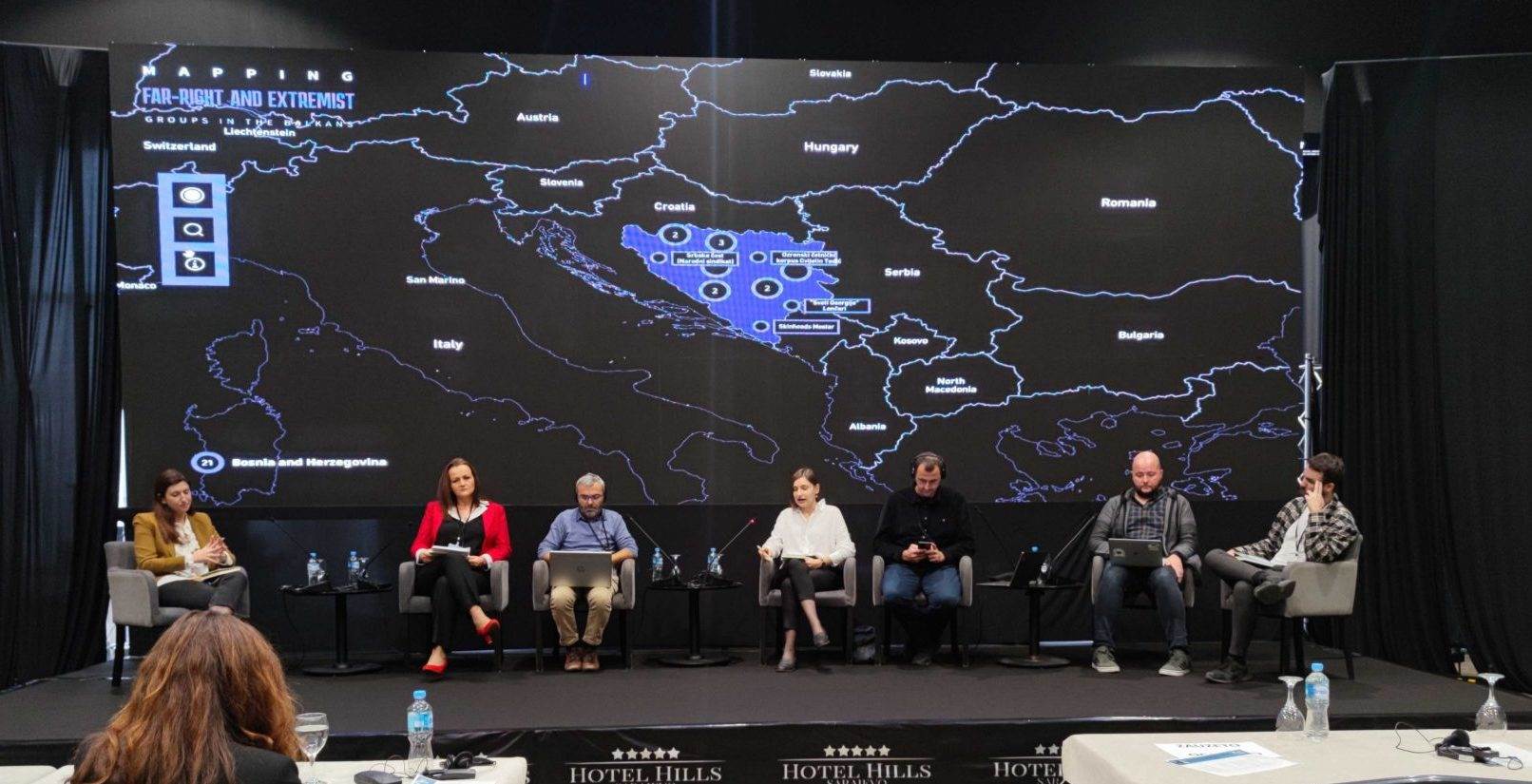 BIRN on Wednesday launched an interactive map giving detailed information about 71 far-right and extremist groups and organisations operating in six countries in the Western Balkans.

The map, a joint effort between BIRN and independent investigative journalists and researchers, was launched at a conference in Sarajevo entitled ‘Far-Right Extremism in the Balkans: Groups, Trends and Political Support’.

The map’s database documents both formal and informal extremist and far-right groups and organisations, including 21 in Bosnia and Herzegovina, 20 in Serbia, 11 in North Macedonia, eight in Kosovo, seven in Montenegro and four in Albania.

BIRN Bosnia and Herzegovina’s director Denis Dzidic said that the information presented in the interactive map provides the public with more information about far-right and extremist organisations and the potential threats that they pose.

“For the first time ever, we have a map that collects relevant information on far-right and extremist groups in the entire region,” said Dzidic.

“Their actions distort the process of building a stable and healthy society which we are fighting for every day. It is therefore important to us that this map be a source of information that will recognise all the threats that such organisations and groups may create,” he added.

Dzidic explained that Bosnia and Herzegovina has finally recognised the threat from far-right and extremist groups through its national Strategy for Prevention and Fight against Terrorism. This makes reporting on such organisations and groups’ activities of even more important, he said.

The map’s database took several months to collate – a process that was complicated by the fact that the majority of these organisations and groups are not registered and their activities can only be monitored online.

The map is currently available in English, but will soon be published in the local languages of the countries included. It will also be updated when new organisations and groups are established and when new far-right or extremist activists emerge.

“One of our permanent missions is to contribute to a freer and safer world. By creating a thoroughly checked and researched tool for fighting the constant threat from far-right and extremist groups, especially in the Balkans, we want to contribute to those efforts as much as possible,” Dzidic explained.

The interactive map was created as part of a project entitled ‘The Future of Extremism in the Western Balkans’, which is funded by the government of the Kingdom of the Netherlands. During the course of the project, several studies and analysis pieces about far-right and extremist groups in the region have been published, as well a number of articles about terrorism trials in Western Balkan countries.