Children’s growing obsession with electronic gadgets has both parents and psychologists worried –with some experts warning of serious harm to their development.

In Bosnia, like in much of the rest of the world, the COVID-19 pandemic brought in an era of online schooling and work, which in turn has spawnedanother problem– a digital “epidemic” among children.

While some grownups handle digital overload better and some worse, children have suffered the full brunt of this malaise, becoming obsessed with and dependent on computers, mobile phones, online games, memes and easy-to-use social networks, such as Snapchat and TikTok.

In the north-western Bosnian town of Prijedor, once busy football fields and basketball courts became almost deserted this summer as most children stayed at home, playing sports and other games onconsoles, computers or mobiles.

One father said he initially locked all the family’s electronic gadgets with passwords, only to realize that his 13-year-old son was an expert in using Apps that break them.

Then he tried locking all the gadgets in a roomon the first floor, only to find that hisson could jump into the room from a nearby balcony.

“Luckily, he didn’t fall orget hurt. Since then, I’ve carriedall the gadgets with me every morning to work and leave them in the car at the office,” the father said, adding that they do not have a desktop at home.

“When it comes to the TV, I only takethe receiver with me. Otherwise, it would get complicated,” he laughs.

A survey of dozens of parents in Prijedor revealed that many of them regularly take away the electronic deviceswhen their children stay home alone. Parents of daughters seem to be slightly better off; they usually have to take away only their daughters’ phones;parents of sons also have to think of consoles, remotes and joysticks.

An epidemic that came without warning 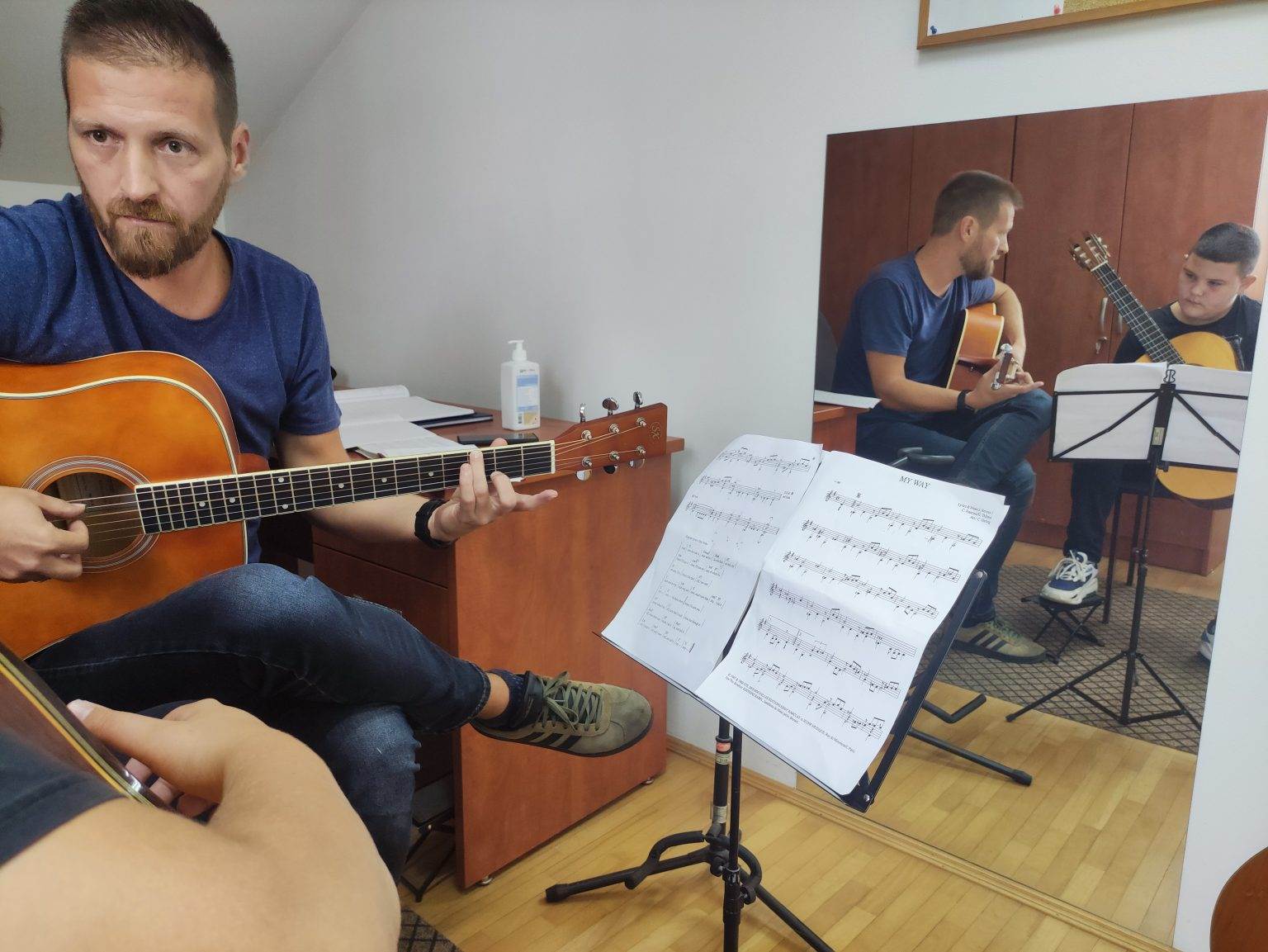 Although a relatively small town of only some 100,000 inhabitants, Prijedor seems to contain all the elements that the digital environment contains globally.

“This pathology has exploded over the last three years. We cannot say for sure it was because of theoveruse of online work during the COVIDpandemic.That should be investigated scientifically, but it coincided with it,”psychologist Vanja Dejanovic told BIRN.

“Another reason could be that these are the children whose parents belong to the first generation that wasoverexposed to the digital world, growing up like no one did before. Now, it seems one has to pay the price,” she added.

Most parents complain that neither schools nor other institutions nor experts warned them of the risks of children’s early and/or extended exposure to electronic devices. Most say that it took them some time to realise something was wrong, and now they have to address the problem any way they can.

“When it became too muchandwhen I got bored with hiding electronic gadgets all over the home, I went to the tool shop and bought an ironsafe with a padlock that was big enough to store two phones,” another father said, adding that his sons can use them every day, but only between 4 pm and 6 pm. “For the rest of the day they are locked,” he added.

The father of a 14-year-old girl says that although her mother is at home most of the time, he still has to take his daughter’s phone with him to work,as she is “very persistent and persuasive”.

“Imaginea drug addiction crisis that I guess you saw only in the movies. It is the same – just without the white foam coming out of their mouth,” he said.

While many parents blame the system for not warning them of the risks, education and healthcare officials insistthat the primary responsibilitylies with the parents.

They say there is no systemic way to prevent this addiction and admit that the system is slow to react to something that developed much faster than structures can follow.

“We are being left behind. The changes were driven by entirely new phenomena we hadn’t learned about during our own education. We were unable to respond to children’s demands,” Igor Motl, a classical guitar teacher, told BIRN.

When he started to work in music school 20 years ago, his pupils had an attention span ofsome 20 to 25 minutes, he says.While this is still the official pedagogical standard on paper, students’ attention span is now assessed at around ten minutes, at best.

“The most noticeable change is in their eyes. At least half of the students used to have a sparkle in their eyes. They were fascinated by getting knowledge and skills. Nowadays, there are less than ten per cent of those,” Motl laments.

Entering the digital worldin the cradle 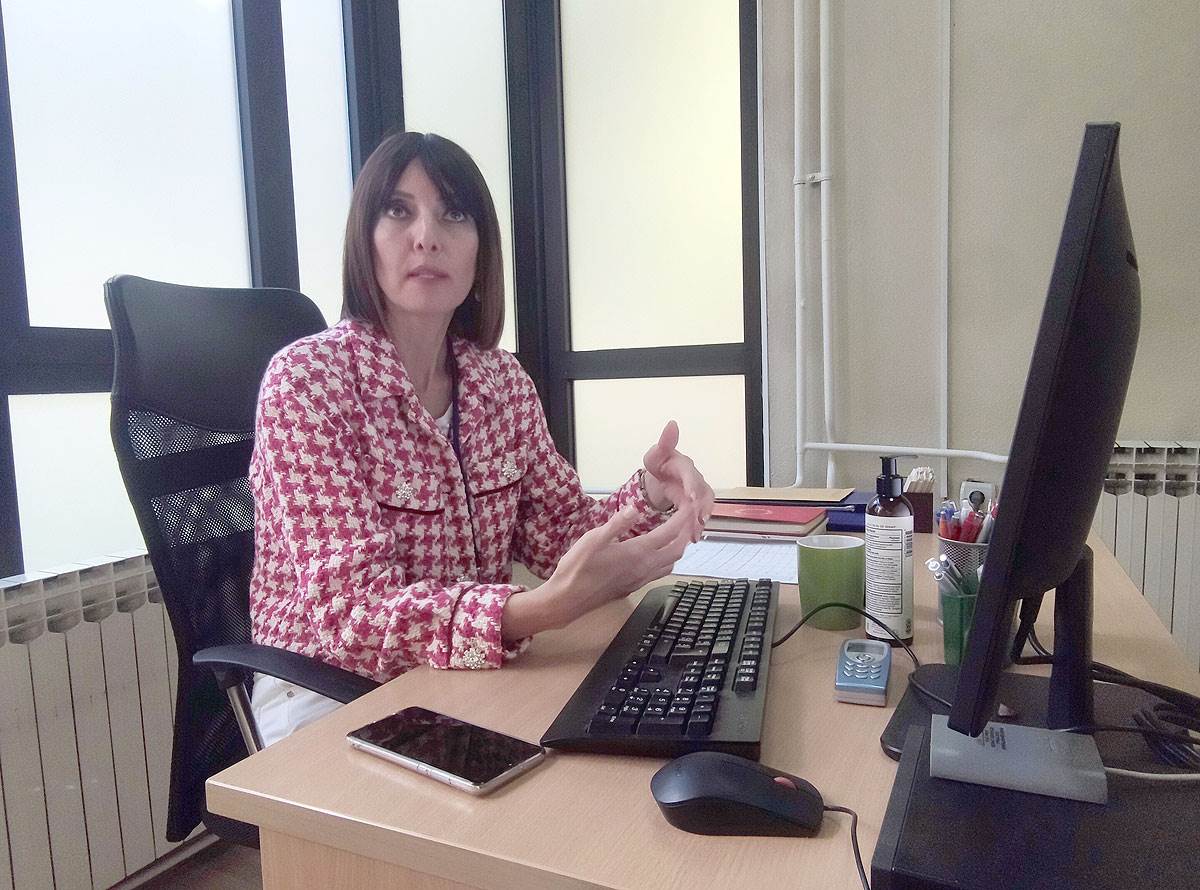 “It starts in the delivery room, from where baby’s first pictures go online,” she says, adding that children’s most frequent deviations are: using phones during class; behavioural changes; communications with unknown persons, including potential predators.

Parents seek help only when they hit the wall, she adds.

The mother of one nine-year-old boy in Prijedorsays that she thought she had things under control, as her son did not seem overly interested in the digital world.

But that all changed after a sleep-over at a classmate’s place, where he discovered Play Station and YouTube.“Soon he became obsessed and I had to take his phone away,” she recalls.

“For a while, whenever I returned home from work and opened the door, he’d just stand there speechless, with his arm outstretched and palm facing upwards. It took a psychologist and psychotherapist a lot of time to reach him,” this mother said.

“Now hegets angry if I tell him that no phone can be more important than a human, especially a mother,” she adds, conceding that even this is progress, compared to how it was before.

From memes and games to life-threatening situations 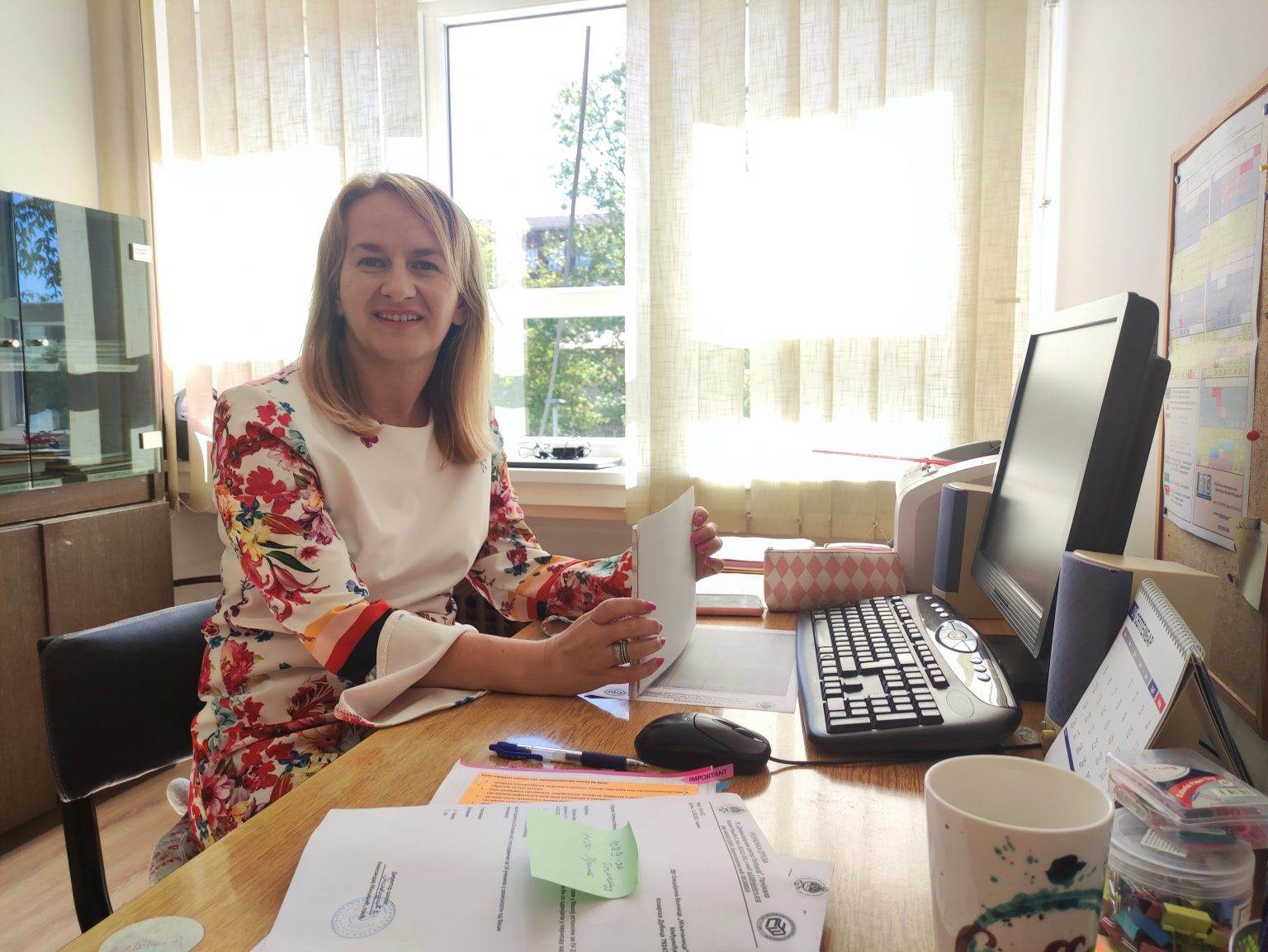 While many Prijedor parents who struggle with their children’s digital obsessions joke about theproblem, other parents and experts warn that this obsession may lead to live-threatening situations.

Child and adolescent psychiatrist Sanja Skrbic Jaric says the motherof one 12-year-old patientbelieved he only watched cartoons with trainswhen he was five. The truth was that this was a cover for the horror content that he watched a lot.

One day, the boy responded to an online challenge and attacked a classmate. The victim survived, and the young assailant was moved to another class and given psychiatric treatment.

“I remember their first visit. The mother sat just there and talked all the time. The father spent time on his phone. I asked him why he came at all,” Skrbic Jaric says.

She recalled another16-year-old patient who manipulated her parents by cutting herself with a razor on her forearms, stomach and thighs, as partof somemorbid and brutal online challenge.

“She only had to threaten her parents that she would cut herself badly, and they’d do whatever she asked,” the psychiatrist said.

A psychologist in a social care centre,Sanja Topic, says she fearsparents don’t understand how serious the risks can be.

“One mother told me that her two-year-old kid knows how to upload videos on YouTube, and was proud of it,instead of ashamed,” she said. She hopes that in future, parents-to-be classes in Bosnia will help parents understand the issues and risks for children, as is the case in some more developed countries. When identified and properly addressed at an earlier age, behavioural changes and problems caused by overexposure to the digital environment – such as lower marks and problems in socialising – can be fixed.

But if left unaddressed, they may turn into permanent patterns, such as speech impairment, which then become hard to change.

“I will never forget a day when I was working with a group of 15 children, and in 12 cases I ticked the box marked ‘language therapist’s treatment needed,’” pedagogue Vucenovic recalls of the obligatory exams for six-year-olds.

When psychologist Vanja Dejanovic started to work at the Prijedormental health centre more than 15 years ago, the age of two was the limit for speech development. Today, experts accept four years, because otherwise the health system would not be able totreat all those in need.

Speech therapist Mirjana Simic says there is a link between a speech disorder and overexposure to the Internet, reflecting the absence of live interaction with family and peers. She fearsthat some parents deliberately downplay or lie about their children’s digital exposure.

“They come to my office with a toddler. They deny the kid is over-exposed to the screen or lie about the time spent in front of it. But then the kid shows symptoms. It has no attention,is not interested in toys for its age,or ruins them, does not talk, and does not react when I call its name. Suddenly, it livens up once I show the phone and it becomes almost hypnotised,”she told BIRN.

“It’s even more devastating knowing that parents today are not uneducated and uninformed. The child is helpless. It is supposed to depend onhumans, not on things,” psychologist Vanja Dejanovic warns.

“I have the impression a new humanity is being born. So many children are completely out of our reality. There can be no other reason for this than digital overdose. We need to expand institutional approaches. Children areenrolling in schools without knowing how to speak! What is now a problem in some kindergartens and schools will be a problem in the labour market tomorrow,” she adds.

“My recommendation is no screen until school, and thenrestricted and supervised time in terms of content. If you want to calm a baby, breastfeed it, don’t give ita screen,” she concludes.