Milenko Zivanovic, wartime commander of the Bosnian Serb Army’s Drina Corps, was indicted in both Bosnia and Serbia, almost simultaneously, for similar crimes in Srebrenica in 1995, raising questions about the motives behind the charges.

It was around 8.30 in the morning of July 12, 1995 when six Bosnian Serb Army brigades received an order.

“All the available buses and minibuses belonging to units of the Army of Republika Srpska must be secured for the use of the Drina Corps Command on July 12, 1995,” the order said.

“The aforementioned buses must head towards the sports stadium in Bratunac on July 12, 1995, by 4.30 pm at the latest,” it added.

The order was signed by Milenko Zivanovic, a general who at the time was the commander of the Bosnian Serb Army’s Drina Corps.

In another order, Zivanovic told the Bosnian Serb Army’s Zvornik Infantry Brigade and Bratunac Light Infantry Brigade that “in keeping with the existing order to provide vehicles for evacuation from the Srebrenica enclave, see that the traffic is regulated as follows”, listing the roads that should be controlled.

These orders were given by Zivanovic the morning after Srebrenica, a Bosniak-populated, UN-protected enclave in eastern Bosnia, fell to Bosnian Serb forces.

Some 40,000 people sought refuge at a nearby UN base but the Bosnian Serb Army took them away, using vehicles that were requisitioned in the order signed by Zivanovic.

Women, children and elderly people were mostly forcibly sent to territories under Bosnian Army control, while some 8,000 man were executed in series of mass killings which were later classified as genocide by international courts.

But a couple of weeks before the Serbian indictment, the Bosnian state prosecution also indicted Zivanovic, citing the orders he gave on July 12, 1995, among others.

This means that Zivanovic has been charged twice over the same incidents in two different cases in two countries. The situation shows the dysfunctional relationship between prosecutor’s office in the two countries, but also raises questions about Serbia’s motives in the Zivanovic case.

This also highlights continuing problems with war crimes prosecutions in Serbia, as the Belgrade authorities have tried to shield high-ranking personnel from facing justice while downplaying atrocities committed by Serbs during the Yugoslav wars.

Bosnian legal expert Lejla Gacanica explained that the indictment in Bosnia is “broader, in terms of restricting the supply of humanitarian aid [to Srebrenica], forcing [Bosniak civilians] to leave Srebrenica, inciting fear, and so on”.

“Nevertheless, the fact is that we have two similar indictments [that were issued] very close together in time,” Gacanica told BIRN. 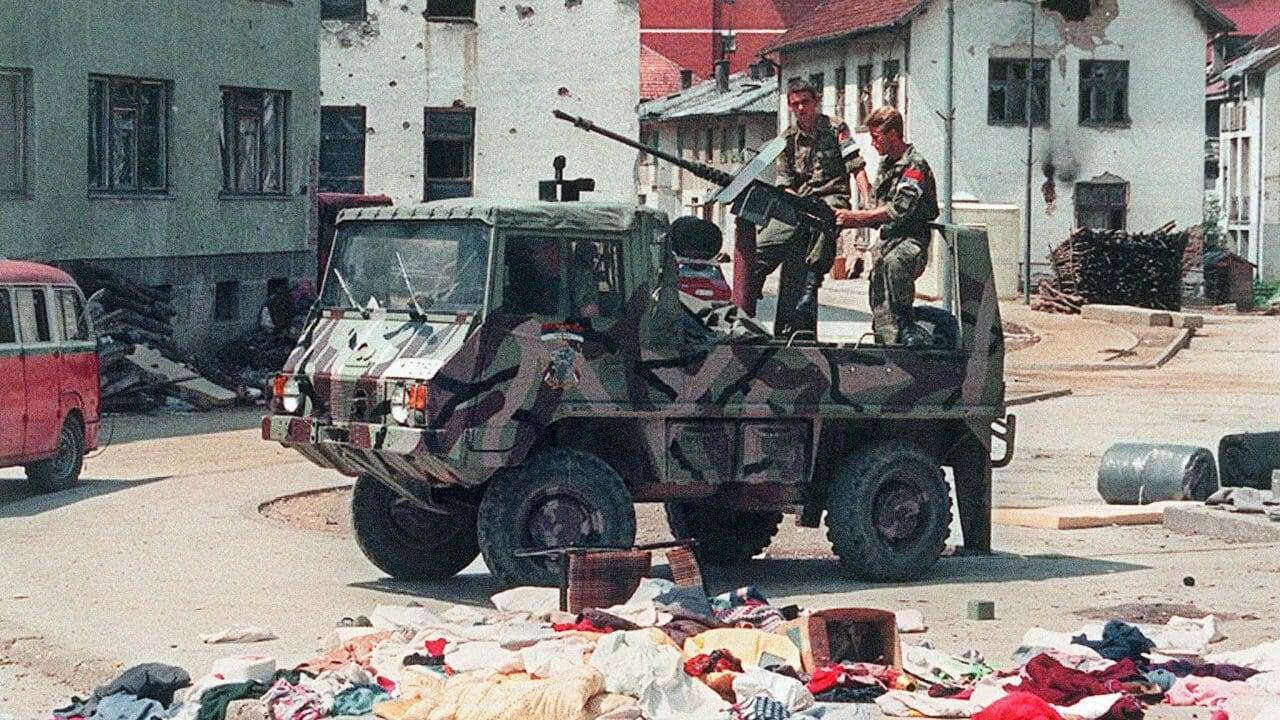 The Bosnian state prosecution says that it ordered its investigation into Zivanovic in January 2018.

Because he lives in Serbia, the Bosnian prosecution said it asked the Serbian authorities to question him as a suspect in September 2020, but he “did not comment on the allegations… and the evidence submitted to him”.

The Serbian Prosecutor’s Office did not respond to BIRN’s questions about when the investigation of Zivanovic started or why it decided to indict him.

Balkans expert Eric Gordy, a professor of political and cultural sociology at the School of Slavonic and East European Studies at University College London, said that for a long time, despite the fact that ex-Yugoslav states and their senior politicians have been arguing over cases similar to this one, judicial institutions and professionals “have really been cooperating very successfully”.

“Which makes me think that the only reason that a conflict like this could happen is deliberately, that they want a political conflict between the states over who gets jurisdiction [over the Zivanovic case], to make it a subject for negotiation, or a kind of insurance to protect Serbia against sending him to Bosnia and Herzegovina, where the charges are more serious,” Gordy told BIRN.

Meanwhile, in a hint of a potential compromise solution, the Bosnian prosecution told BIRN that there is a legal possibility to transfer the prosecution of Zivanovic to Serbia, and that “cooperation between the two prosecutor’s offices is underway” on this issue.

Gacanica pointed out that judicial cooperation between ex-Yugoslav states is needed “because the nature of war crimes and crimes against humanity is such that sometimes jurisdictions intertwine”.

“However, in this case, although there are different indictments [for different crimes], it would be logical and effective to have an indictment and a trial in one state,” she said.

‘Architect of the Serb victories’ 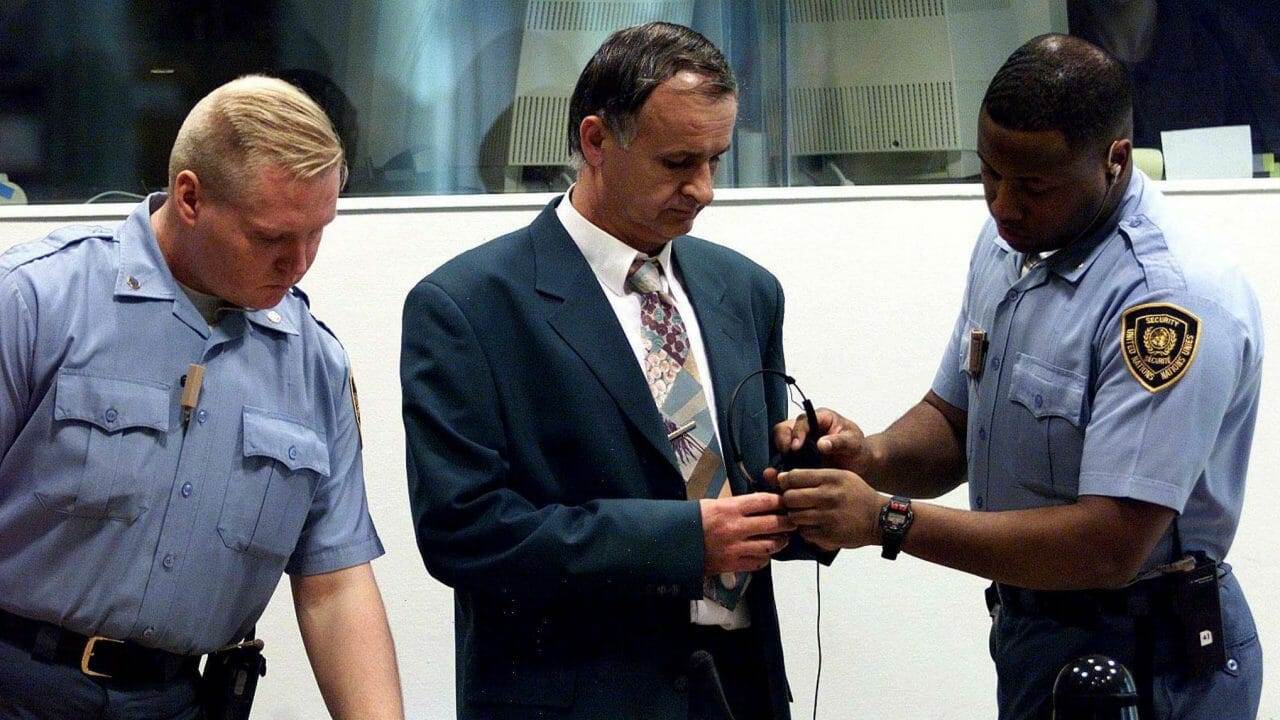 Zivanovic, who was born in 1946 in the village of Ratkovici in the Srebrenica municipality, was a Yugoslav People’s Army soldier when the wars in Yugoslavia broke out. In November 1992, when the Drina Corps, one of six Bosnian Serb Army corps, was established, Zivanovic was appointed as its commander.

After he was moved from the position of commander on July 13 1995, in the midst of the Srebrenica violence, Radislav Krstic was appointed as his successor. For crimes committed against Bosniaks from Srebrenica, Krstic was sentenced by the UN’s Yugoslav war crimes tribunal to 35 years in prison – the first person convicted of genocide by the Hague court.

On March 7, 1995, Bosnian Serb president Radovan Karadzic had signed the now notorious ‘Directive 7’, which is considered to be a precursor to the crimes committed in Srebrenica four months later.

The directive ordered the Drina Corps to use “planned and well-thought-out combat operations” in order to “create an unbearable situation of total insecurity with no hope of further survival or life for the inhabitants of Srebrenica and [another UN-protected area] Zepa”.

On July 2, 1995, Drina Corps commander Zivanovic issued his Order for Active Combat Activities Operation No. 1, launching what was known as Operation Krivaja-95. In the order, Zivanovic said that the Drina Corps command “has the task of carrying out offensive activities… in order to split apart the enclaves of Zepa and Srebrenica”.

He listed as an objective “a surprise attack… to create conditions for the elimination of the enclaves”.

The order said the operation should be ready to launch on July 6 1995. This was the day that the attack on Srebrenica started.

Testifying as a witness in the trial of Radovan Karadzic at the Hague Tribunal in 2013, Zivanovic said his unit did not do anything unlawful.

Regarding Karadzic’s Directive 7, he said that “the Drina Corps never made life difficult for the inhabitants of Srebrenica” and that “the controversial portion of the directive that deals with the tasks of the Drina Corps was never implemented in practice”.

Zivanovic also said that he never interpreted Karadzic’s directive as “aimed against the Muslim civilian population of Srebrenica”, and insisted that “the order envisages that the Corps’ main forces would be engaged in defence and part of the available forces would separate the enclaves of Zepa and Srebrenica”.

When Zivanovic left military service after being replaced by Krstic in July 1995, Karadzic’s office issued a communique praising his role in the Srebrenica operation: “President Karadzic has appointed as the commander of Drina Corps the former chief of staff, Major-General Radislav Krstic, who together with General Zivanovic is the main architect of the Serb victories in Srebrenica and Zepa,” it said.

Zivanovic meanwhile told the Hague Tribunal at Karadzic’s trial that the Bosnian Serb political leader was “convinced that the operation in Srebrenica had been carried out in a lawful manner”. Karadzic was convicted of genocide. 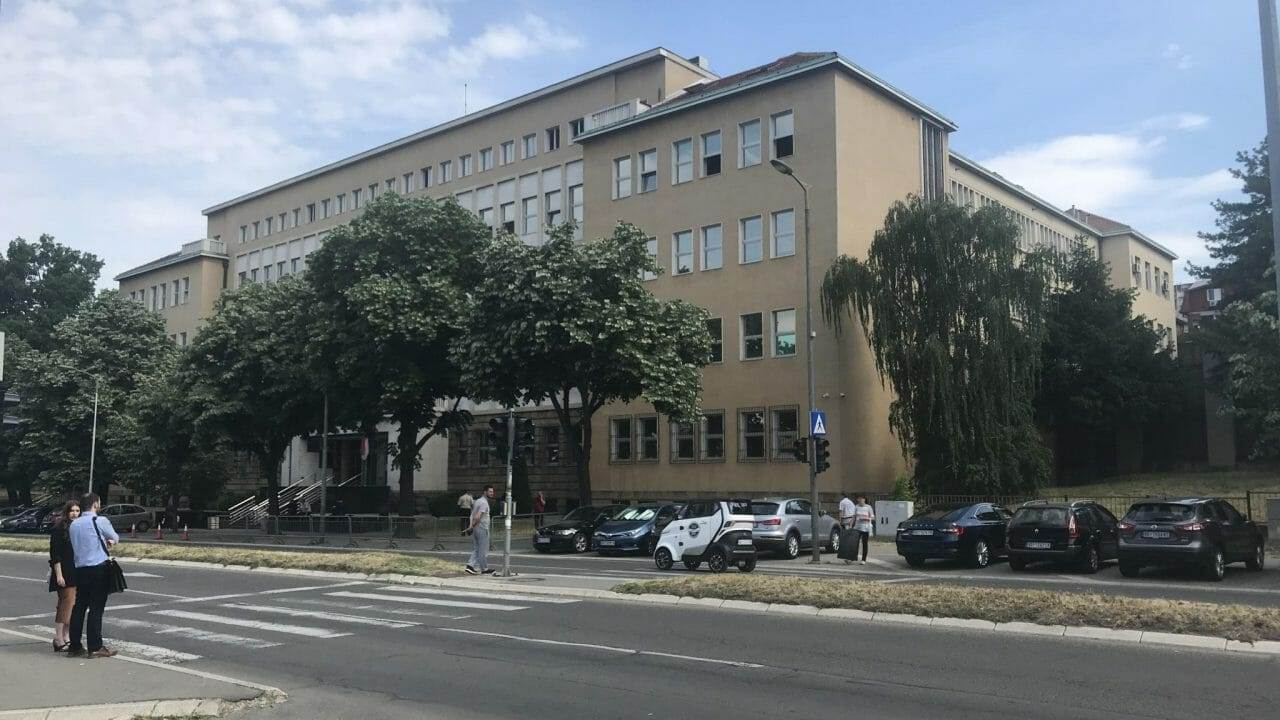 Eric Gordy suggested that the Serbian indictment of Zivanovic could have been raised in order to seize the advantage over Bosnia in the case: “Because under universal jurisdiction, Bosnia can claim jurisdiction and Serbia, procedurally, can have an answer to that, they can say: ‘No, you don’t need to assert jurisdiction because we are making a good faith effort to prosecute.’”

“So this was made to look like a good faith effort, except it’s a narrower indictment and for more minor charges,” Gordy pointed out.

Almost all the war crime cases that Serbia has ever conducted have been classified as war crimes against civilians. The criminal act of crime against humanity exists in the Serbian Criminal Code, but did not exist at the time of the Yugoslav wars in the 1990s, which the authorities use as an excuse not to prosecute anyone for that offence.

Serbian prosecutors in Srebrenica cases also do not link the crimes committed by Serb forces during the Bosnian war to the political programmes of the Bosnian Serb wartime leadership, Gordy pointed out.

“You know, the prosecution will always make the argument this is this is something irrational, or was done by individuals,” he said. “So they protect the political elites and the highest levels of command.”

The Serbian trial of Zivanovic is scheduled to start in Belgrade on May 30.

The Bosnian authorities confirmed that if he remains in Serbia, he cannot be tried in Sarajevo in his absence, meaning that there will not be two simultaneous trials of the same person in different countries.

“There is currently no possibility of trial in absentia in Bosnia and Herzegovina as this is not provided for by the relevant applicable laws,” the Bosnian state prosecution said.