Personal possessions and toys owned by children who lived through the wars in Croatia, Bosnia, Kosovo and Serbia, as well as the ongoing war in Ukraine, went on display for the first time in the Serbian capital.

Part of the collection from the Sarajevo-based War Childhood Museum, which includes personal items that were owned by children who lived through the Yugoslav wars, went on display at the Endzio Hub gallery in central Belgrade on Monday evening.

The museum’s founder Jasminko Halilovic said that the display includes material from Bosnia and Herzegovina, Serbia, Croatia and Kosovo, but also from Ukraine.

“In the context of the current Russian invasion of Ukraine, it is especially important for us to show in Belgrade several exhibits and stories that we have documented in that country, where the museum also has its own office,” he added.

The exhibition was organised by the Belgrade-based Youth Initiative for Human Rights, whose programme director Sofija Todorovic said at the opening that “at a time when we are reading reports from war-torn areas [in Ukraine] almost every day, it is important to think for a moment that this is not just mere information and geopolitics, but that it is actually about people, many of whom are just children”.

The exhibition will run until April 10 and will be open every day from noon until 8pm. 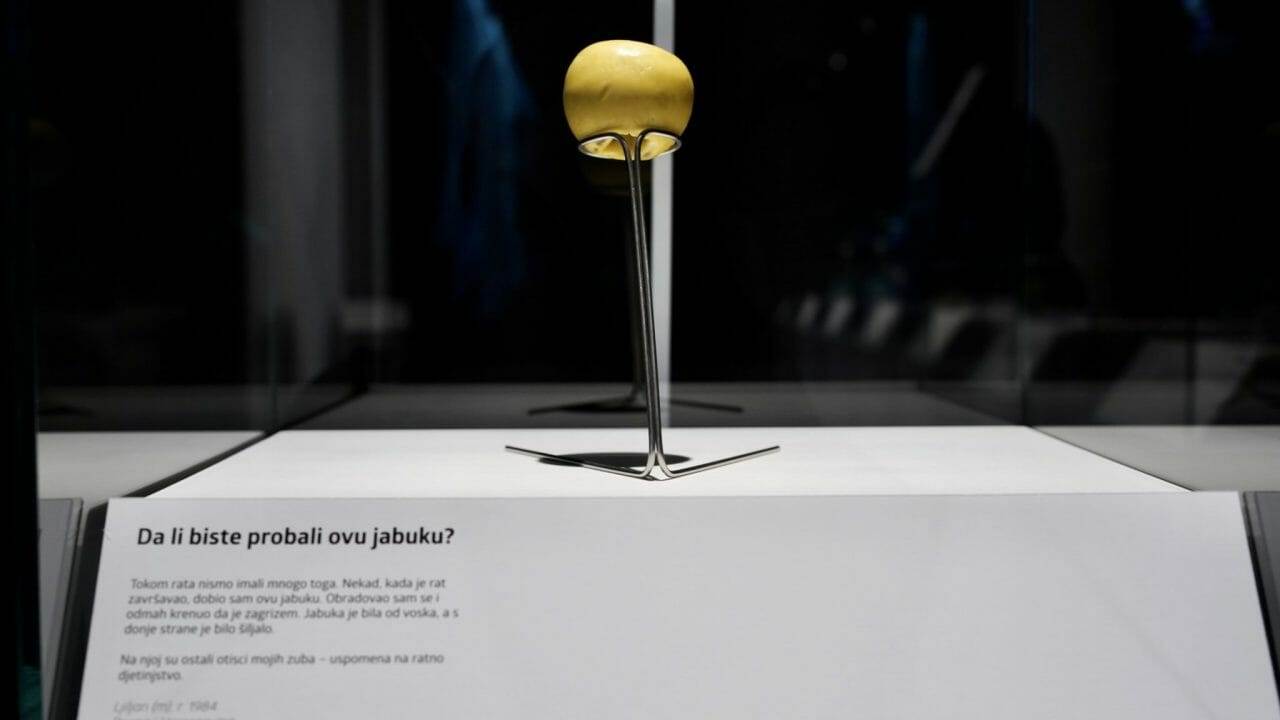 A wax apple, one of the items on display at the exhibition in Belgrade. Photo: YIHR. 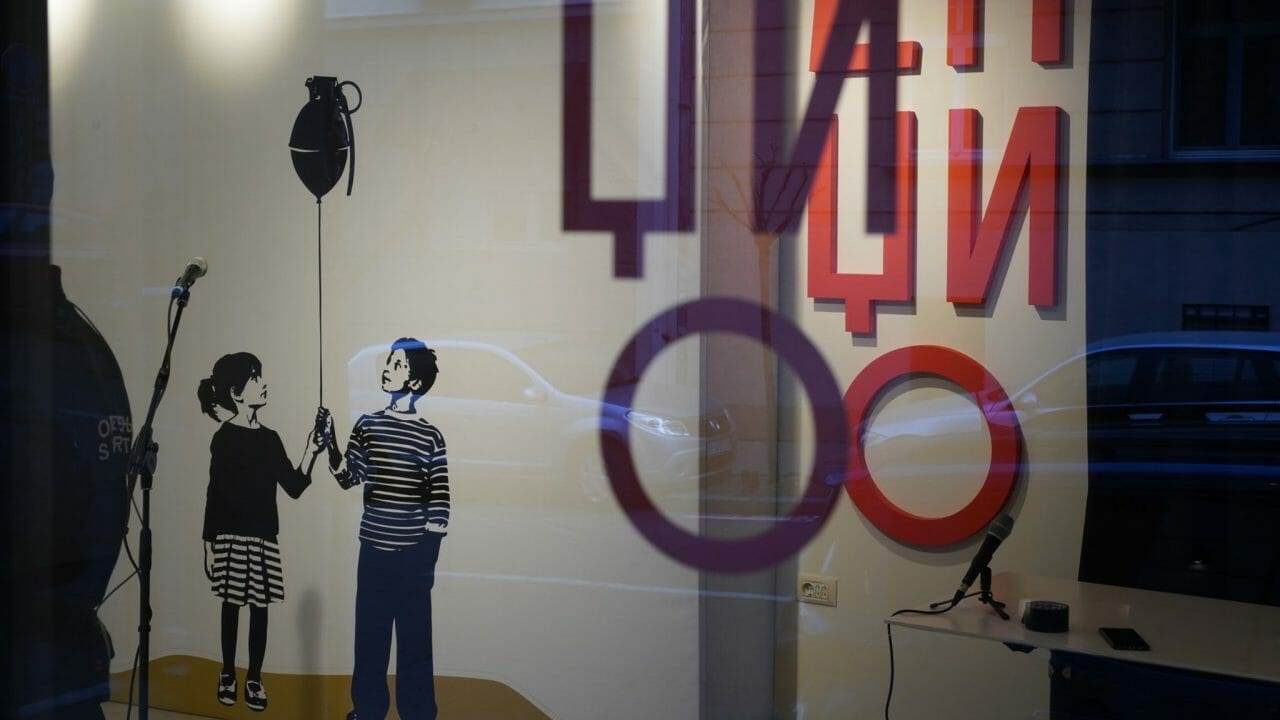 A picture at the exhibition in Belgrade. Photo: YIHR 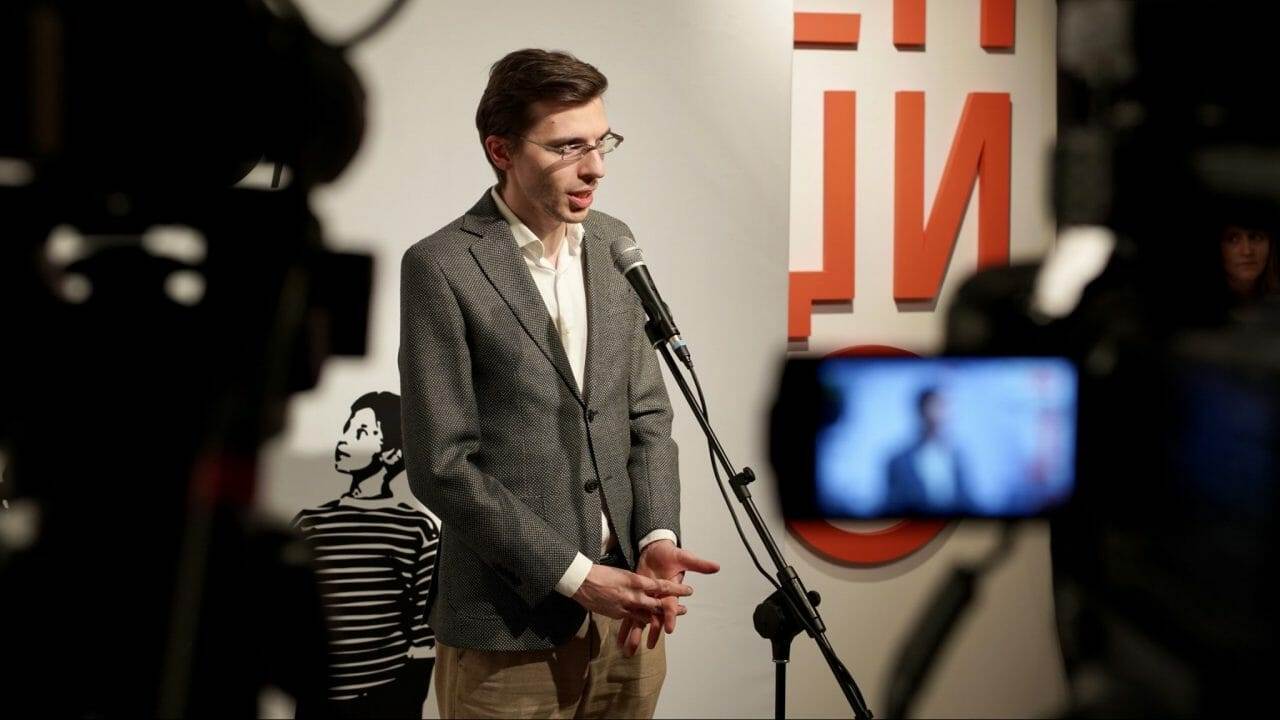