In focussing on the threat from religious extremism and Islamic radicalisation, North Macedonia risks underestimating the dangers of the far-right.

North Macedonia is facing calls to address the threat from right-wing groups and far-right extremism when its national counter-terrorism strategy comes up for renewal next year.

The current strategy, which covers the period 2018-2022, focuses primarily on religious extremism and Islamic radicalisation.

The European Commission, the executive arm of the European Union, says the country has made “some progress” in the fight against terrorism and preventing violent extremism, particularly when it comes to the reintegration and rehabilitation of people who left North Macedonia to fight with the Islamic State in Syria and Iraq.

But Skopje must do more to emulate other countries in Europe that are putting greater resources into addressing the threat posed by the far-right.

“The topic of right-wing radicalism is not treated with special emphasis,” said Dimitar Nikolovski, president of Eurothink, a Skopje-based foreign policy and security think-tank.

“The 2021 Strategy for Building Resilience and Dealing with Hybrid Threats, which also discusses the Russian Federation’s specific strategies for abusing cultural ties and codes in online radicalisation, is a potential point of contact,” he told BIRN. “But much more attention is paid to religious extremism, i.e., Islamic radicalisation.” 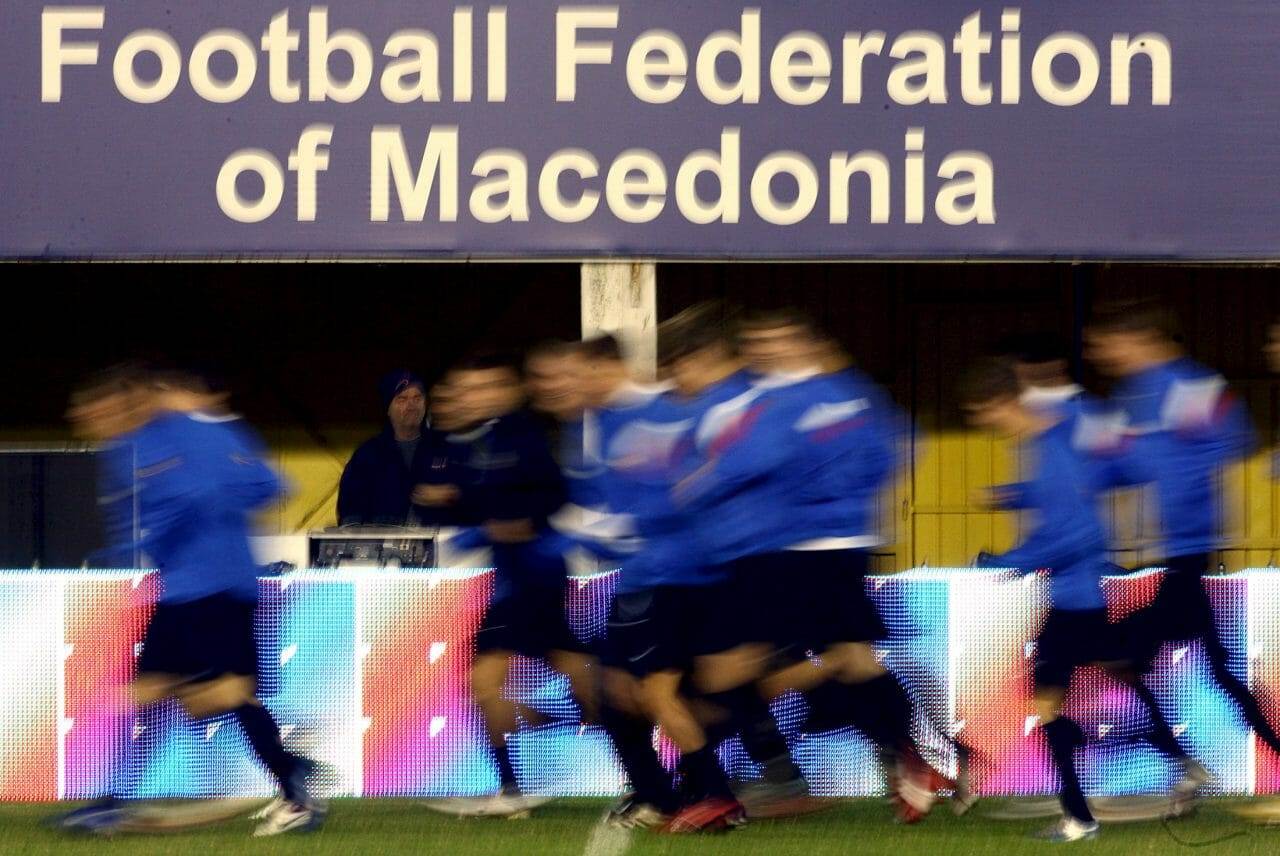 Russian soccer players run past a ‘Football Federation of Macedonia’ sign, during a training session of the Russian national soccer team at the city stadium in Skopje. Photo: EPA/GEORGI LICOVSKI

According to a 2012 study published by the Friedrich Ebert Foundation in Germany, the most influential, currently active ultranationalist ethnic Macedonian political parties and organisations are TMORO-VEP, TMRO, People’s Movement for Macedonia, and the World Macedonian Congress.

Within the ethnic Albanian minority, the main ultranationalist parties and groups are the National Democratic Union, Illyricum Libertas, and Ballista football fan club.

The far-right made its presence felt most noticeably during the storming of parliament in April 2017 by supporters of the right-wing opposition during a government push to change the country’s name under a deal with neighbouring Greece to clear a path to NATO and EU membership.

Following the violence, several prominent members of far-right organisations – including Goran Angelov of ‘Andon Lazov Janev Kjoseto’ in Veles and Igor Jug of ‘Vlado Chernozemski’ in Kumanovo – were arrested, charged and imprisoned.

The ‘Christian Brotherhood’ is another right-wing fringe organisation whose leader, Zarko Grozdanovski, made headlines in March 2019 when he was arrested over a video in which he made threats against Prime Minister Zoran Zaev.

In 2012, two now-defunct daily newspapers ‘Dnevnik’ and ‘Vest’ published an obituary on the 25th anniversary of the death of Rudolf Hess, a leading member of the Nazi Party during World War Two.

The obituary caused a scandal and the publishing company behind the newspapers issued an apology, saying publication of the obituary had been an “unintentional omission”. It is not known who submitted the obituary for publication.

Macedonian hooligans chase a young ethnic Albanian (L) in Skopje, the capital of The Former Yugoslav Republic of Macedonia, on 01 March 2013 during a protest against the newly appointed Minister for Defense, ethnic Albanian Talat Xhaferi. Photo: EPA/GEORGI LICOVSKI

Besides taking part in protests, far-right individuals can also be found on the football terraces.

“Fan groups of the largest several sports clubs in the country are composed of supporters who are mostly fans of the team,” said journalist and security expert Aleksandar Srbinovski, national coordinator at the Global Initiative against Transnational Organised Crime, GI-TOC. “Still, among them, some fit into the definition of hooligans with right-wing narratives.”

Ruggero Scaturro, an analyst at GI-TOC, told BIRN: “In the Balkans, we have observed many organised ultras groups with a very strong nationalistic identity and members that often engage in extreme violent acts. They do it ‘in the name of their identity,’ aiming to protect it from ‘threats’ coming from different ethics or religious groups both from within the country and from abroad.”

Other acts include drawing swastikas and Celtic crosses in public places. Early in 2021, swastikas were scrawled on three billboards in the southwestern town of Bitola promoting an LGBT acceptance campaign.

Nikolovski of Eurothink said the state needs to work with civil society to address the issue.