Bosnian engineering giant Energoinvest, which built the electricity interconnection line between Albania and Kosovo, paid millions of euros to a small UAE-based consultancy headed by an Albanian businessman with political connections, documents show.

In January this year, as heavy snow whipped across mountainous northern Albania, high winds and ice pockets toppled electricity pylons and disrupted transmission along a 400-kilovolt power line connecting dams on the river Drin in Albania with neighbouring Kosovo.

The power line had only just started working the previous December. Extreme weather conditions and the rugged terrain meant that repair work had to wait until February and the line was fixed by May.

The disruption, however, was only the latest issue to afflict the new 241-kilometre power line, a project ten years in the making and of significant strategic importance to both Albania and majority-Albanian Kosovo, laying the foundations for Kosovo’s energy independence from former master Serbia and for the creation of a new energy block in the region.

Financed through a loan from the German state-owned development bank KfW, tendering procedures for the Albania section of the line were launched in 2011.

Dogged by allegations of corruption, the process was delayed until April 2014, when Albania’s Transmission System Operator, OST, signed a 29- million-euro contract with the Bosnian engineering company ‘EnergoInvest’ to build the Albanian stretch, which was finished in mid-2016.

The new line was celebrated in both Albania and Kosovo as an energy sector game-changer.

Now, however, based on a trove of leaked documents, the Balkan Investigative Reporting Network, BIRN, can reveal that starting in 2013, Energoinvest paid a total of more than 3.6 million euros to a small consultancy firm registered in the United Arab Emirates in March of that year. The company, AL Energy Transmission, is headed by the Albanian businessman Vasil Kallupi.

Though not necessarily illegal, experts warn that when money is redirected through offshore jurisdictions, the risk of corruption rises.

“In many cases, the winning companies are a facade to hide the fact that the deal to win the bid has been negotiated by the subcontractor,” said Gjergji Vurmo, an expert on state capture with the Institute of Democracy and Mediation, a Tirana based think-tank.

Contacted by email and phone, Energoinvest did not respond to questions concerning its business relationship with AL Energy Transmission LTD, or why it had paid millions of euros to a company that had only just been created and which therefore had little behind it in the way of experience in the energy sector. Kallupi, the CEO, did not respond to a request for comment. 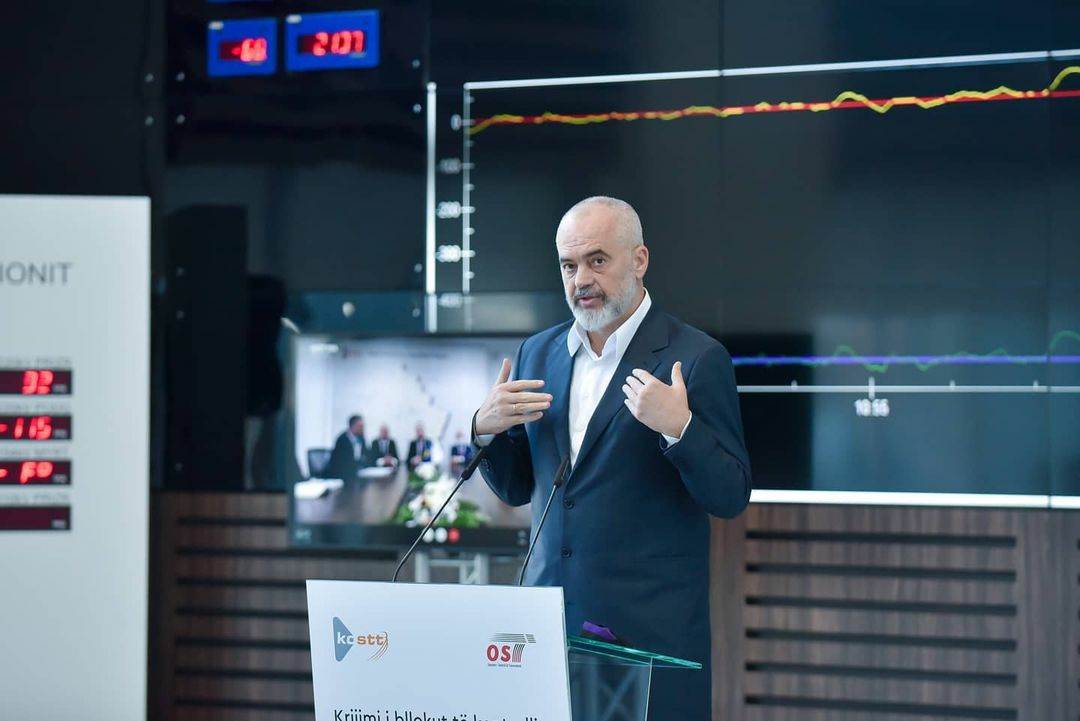 With the collapse of communism in the early 1990s, Albania embarked on a tumultuous transition to a market economy, bringing higher demand for electricity. The country became a net importer, but with few high voltage lines connecting to the wider European electricity market and decades of underinvestment in the domestic grid, securing supplies became a challenge and for more than a decade power outages became the norm.

Seeking to plug the gaps, over the past two decades Albania’s electricity system operator has invested in three high-voltage electricity transmission lines.

The line between Albania and Kosovo was particularly important, not only because of its potential to significantly increase the transmission of electricity between the two countries but as the foundation for the establishment of a joint electricity block integrated into the regional market.

The first construction tender was launched in March 2011 by OST. Croatia’s Dalekovod offered to build the line for 36 million euros and Energoinvest for 29 million. Despite being more expensive, Dalekovod was picked based on the quality of its technical bid. KfW gave the green light, but the OST refused to sign the contract.

When power changed hands and the Socialist Party of current Prime Minister Edi Rama entered government, a second tender was held and in December 2013 Energoinvest’s offer of 29 million euros was selected. OST signed the contract in April 2014 and Energoinvest finished the 151-kilometre stretch between Tirana and the Kosovo border in June 2016. Dalekovod built the Kosovo stretch.

Inaugurated to much fanfare in December 2016, the power line still could not actually transmit any electricity due to ongoing political disputes between Serbia and its former province, Kosovo.

Kosovo broke away with the help of NATO air strikes in 1999 and declared independence in 2008, but its power grid was still coupled to Serbia. In early 2018, the political dispute led to frequency deviation in the synched high-voltage European power network, causing millions of electric clocks to run behind time, from Spain to Turkey. 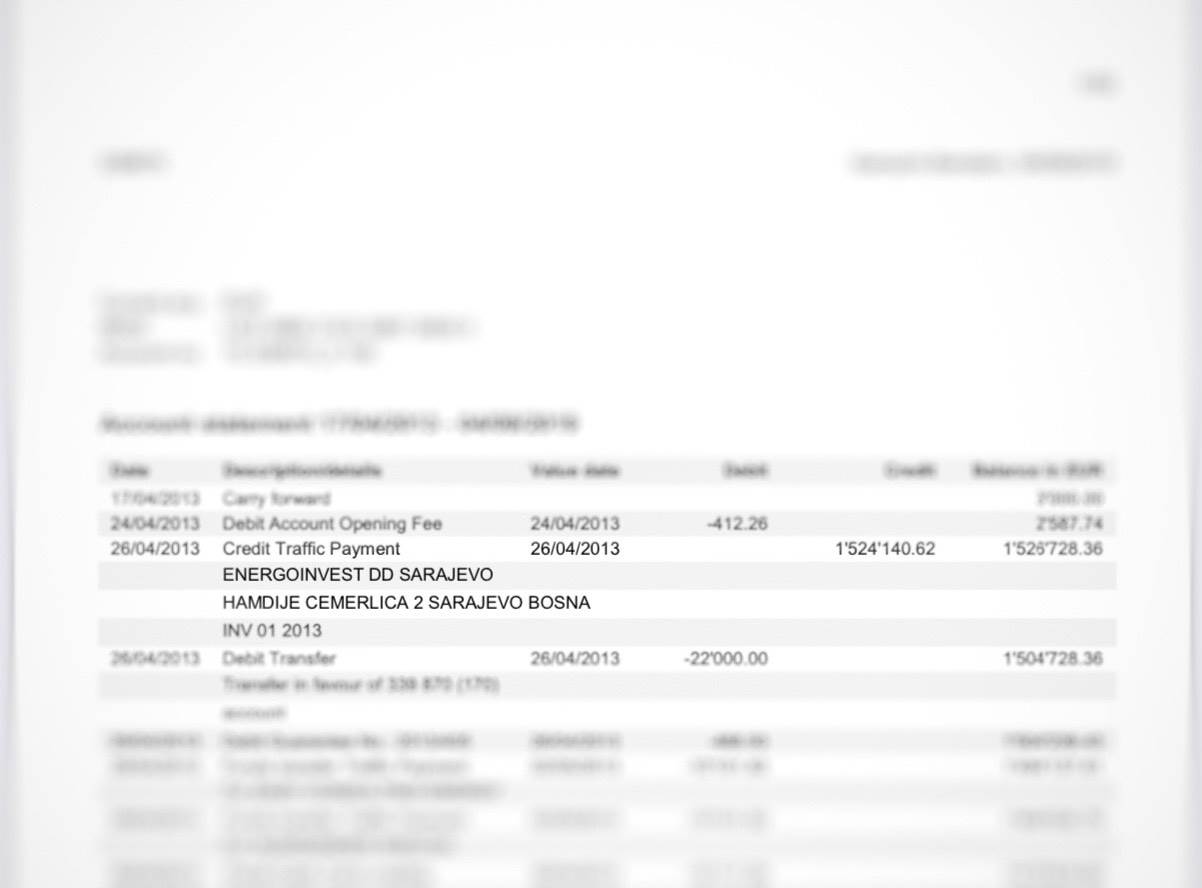 Founded in 1953 in socialist Yugoslavia, Sarajevo-based Energoinvest is a well-known player in the electricity transmission market in the Balkans and, even before it won the 2013 tender, had already deployed hundreds of kilometres of power lines in Albania.

AL Energy Transmission LTD was founded in March 2013 in Ras al-Khaimah, one of the seven emirates that make up the United Arab Emirates, via the offshore services provider SFM Corporate Services.

BIRN obtained the company’s registration documents as part of a trove of papers – the Pandora Papers – leaked to the International Consortium of Investigative Journalists, ICIJ, and shared with hundreds of journalists in 117 countries. 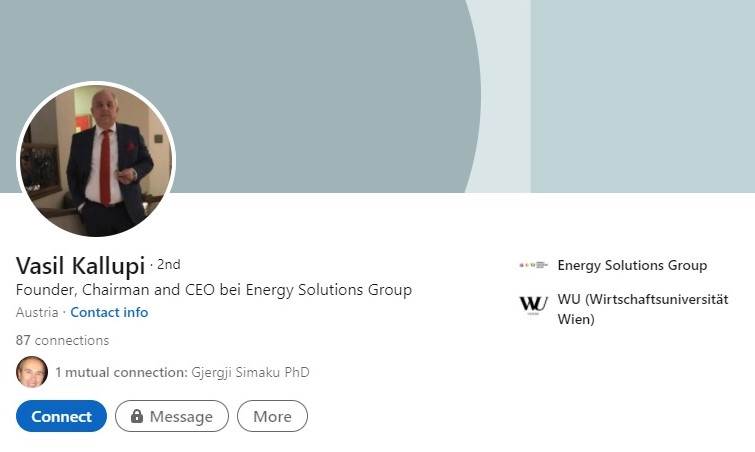 Print Screen of the LinkedIn profile of Vasil Kallupi

According to these documents, the ‘beneficial owner’ of the company – the person who ultimately owns or controls the company regardless of who holds the legal title – is a woman called Jola Duro, a 40-year-old resident of the Albanian capital, Tirana.

According to the company’s business plan, drawn up in February 2013 prior to its registration, Duro is listed as the company’s office manager and Kallupi as project manager. The company website names Kallupi as CEO.

“The company has one partner, Mr. Vasil Kallupi,” the business plan states. Kallupi’s wife, Deshira, is Duro’s aunt. Duro did not respond to a request for comment.

According to the business plan, the company was launched with a startup cost of 8,600 euros and with the goal of offering consultancy services in the energy sector.

According to the management summary, its staff has experience in the energy sector in Albania, Macedonia, Montenegro and Kosovo, including in the design and construction of the Tirana-Podgorica 400 kilovolt power line and the 110 kilovolt power line in southern Albania – both of which were contracted to Energoinvest.

The documents seen by BIRN included a statement from AL Energy Transmission’s bank account in Lichtenstein-based Bendura Bank covering the period 2013 to 2019, from which it can be seen that Energoinvest made 39 payments to the company during this period totalling more than 3.6 million euros. 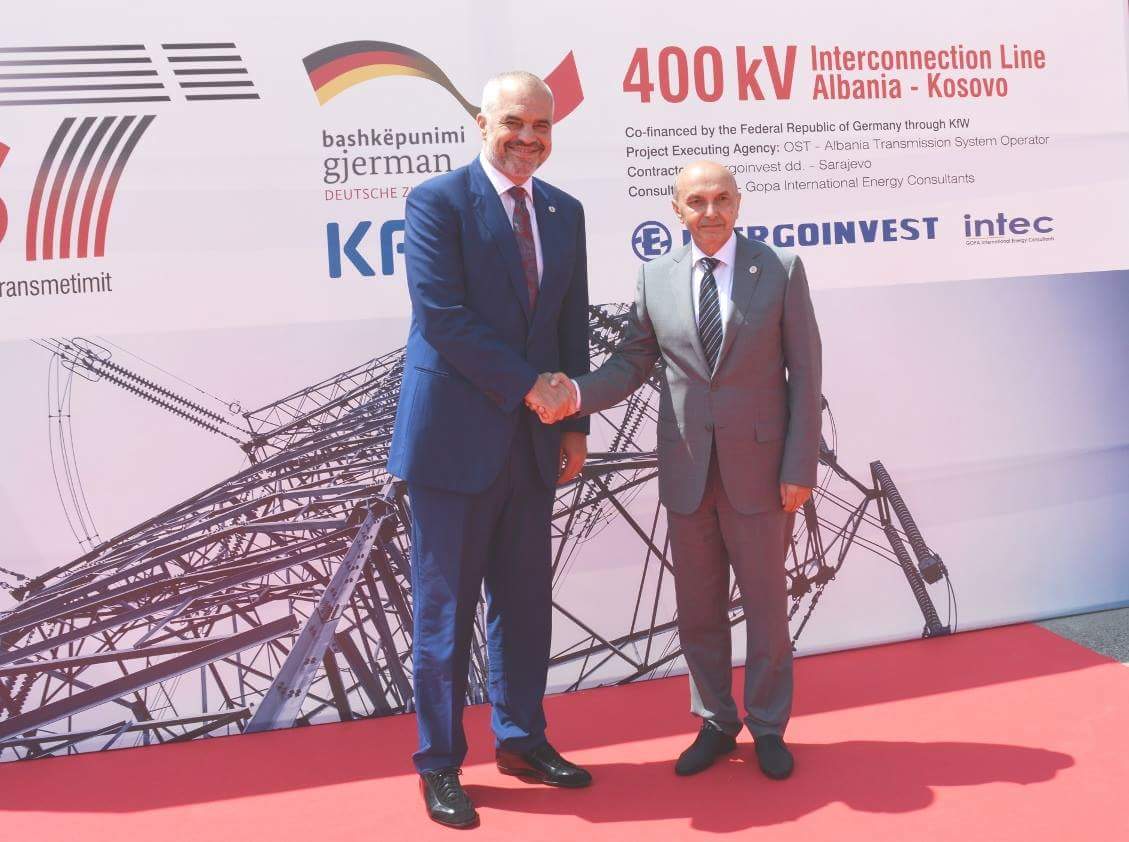 The biggest single payment, 1.5 million euros, was made on April 26, 2013, a month after AL Energy Transmission was registered.

Most of the money from the account has been withdrawn on a travel cash card, but there were also transfers from the account to Vasil Kallupi, his wife Deshira, and her nephew, Sokol Sferdelli.

Kallupi is known to some in Albania as ‘Vasili from Vienna’ on account of the time he spent living in the Austrian capital in the 1990s.

Journalist and former newspaper published Ylli Rakipi said that Kallupi was seen as close to Fatos Nano, a former leader of Rama’s Socialists and who was prime minister of Albania between 1997 and 2005. Nano retired to Vienna.

“Kallupi was one the first Albanians to set up base in Vienna,” Rakipi told BIRN in a telephone interview. “He was involved with energy companies from Yugoslavia and had some dealings with Nano.”

A former government official who spoke on condition of anonymity, also confirmed that the businessman was close to the former prime minister.