Relatives of a group of victims of the Srebrenica genocide whose lives were not saved by Dutch peacekeeping troops in 1995 can file claims for compensation from the Netherlands starting in March, Dutch ministers said. 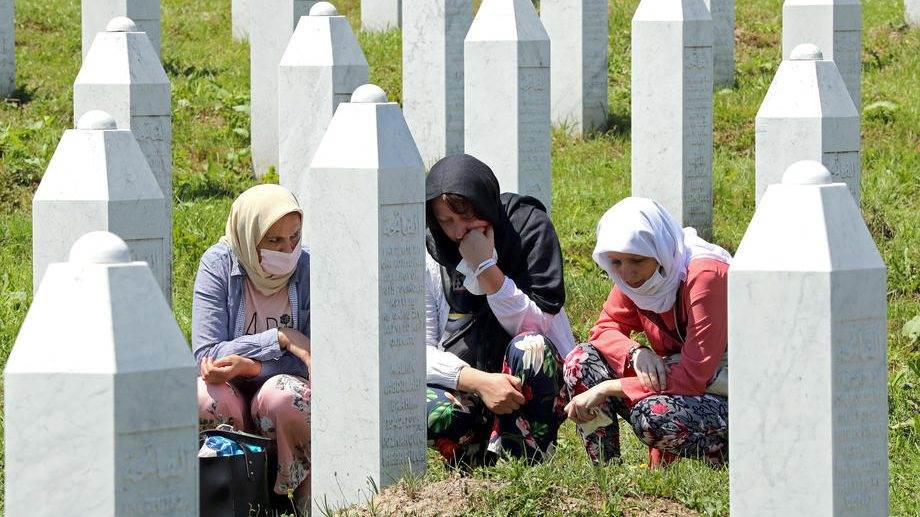 Families of victims in Potocari at the memoriance of the 25th anniversary of the Srebrenica genocide. Photo: EPA-EFE / FEHIM DEMIR

Defence Minister Ank Bijleveld-Schouten told the Dutch parliament that relatives of a group of Srebrenica victims who were killed in July 1995 can submit requests for compensation from the start of March next year, after a Dutch court ruled that the state has partial responsibility for several hundred deaths.

“The fall of Srebrenica is and remains a disaster for all the relatives who miss their loved ones. The state is well aware that no compensation can do enough justice to the grief that has been suffered,” said Bijleveld-Schouten, who was also speaking on behalf of Foreign Minister Stef Blok.

Arrangements will be made for the victims’ families to apply to a Dutch parliamentary committee for compensation at a location in the Bosnian capital Sarajevo. Applications can be filed until March 2023.

An explanatory note said that this will offer the surviving relatives “an alternative to what would likely be protracted, complicated and emotionally taxing [legal] proceedings” to obtain compensation.

In July 2019, the Dutch Supreme Court ruled that the Netherlands was partially responsible for some 350 deaths in the 1995 Srebrenica massacres because its soldiers failed to protect the victims.

Around 350 Bosniak men who had taken refuge at the UN’s Dutch Battalion of peacekeepers, who had a base near Srebrenica, were handed over to Bosnian Serb Army troops on July 13, 1995 and subsequently killed.

The Supreme Court ruled however that the victims’ chance of survival if the Dutch peacekeepers had attempted to protect them by keeping them at their base was only ten per cent.

Munira Subasic, the head of the Mothers of Srebrenica and Zepa Enclaves organisation, which represents war victims, said that she disagreed with the Dutch compensation offer.

“The list prepared by the Dutch parliament’s committee includes around 330 names of people killed within the [Dutch UN troops’] compound, while our lists suggest that up to 500 people were killed,” Subasic said.

Semir Guzin, a lawyer for families of the victims, said the key issue is how to prove who was killed within the Dutch compound and who was killed outside it.

“The Dutch parliament’s committee will have a very difficult task in determining the list of people entitled to compensation,” Guzin thinks.

Hasan Nuhanovic, a former interpreter at the Dutch UN compound, said members of the parliamentary committee contacted him to help determine who was entitled to compensation.

“I presented the committee members with the material evidence I have got on who was present in Srebrenica on July 11, 12 and 13, 1995. Many things can be seen from that,” Nuhanovic said.

In January 2020, the Mothers of Srebrenica also filed a suit against the Netherlands at the European Court of Human Rights, alleging that the Dutch state “failed to take the measures within its powers to protect the men and boys in the safe zone of Srebrenica”.