They are Muslims like the majority of Kosovo Albanians, and speak a similar language to Serbs, but Kosovo’s minority Bosniaks have encountered discrimination, violence and poverty as they endeavoured to survive the turbulent wartime and post-war.

“There they were, four innocent bodies lying dead.”

This is how Emilia Redzepi, a former Kosovo minister and MP who leads an ethnic Bosniak political party, the New Democratic Party, described the aftermath of the murder of the Skenderi family on the night of January 10, 2000.

Married couple Sezair Skenderi, 50 and Anifa Skenderi, 48, their 20-year-old daughter Adrijana and her 70-year-old grandmother Dulja were a Kosovo Bosniak family who lived in the neighbourhood of Tusus, in the Prizren municipality. All of them were killed.

No one was prosecuted for their murders. Their neighbours claimed they did not see nor hear anything, but Redzepi does not believe that to be true.

Tusus is a very small neighbourhood, and according to Redzepi, after the Skenderi family was massacred, the majority of its inhabitants were afraid to leave their houses for months in a row.

“Around 100 young friends of beautiful Adrijana Skenderi mourned at her funeral,” said Dzezair Murati, a former MP from Prizren, who attended the ceremony at which the Skenderi family were laid to rest.

“They did not deserve to die,” Murati said, trying to hold back his tears.

In June 1999, NATO ended its bombing of Yugoslavia and Slobodan Milosevic pulled Serbian troops out of Kosovo, bringing the war with the Kosovo Liberation Army to a close.

The United Nations’ UNMIK mission then took charge in Kosovo, but while institution-building and peacekeeping between the two main groups in the conflict, ethnic Albanians and Serbs, became the priority, other communities such as the Bosniaks became targets for violence in Kosovo.

From July 1999 until 2002, around 80 Bosniaks went missing, were killed or injured. According to Bosniaks who spoke to BIRN, they were attacked by ethnic Albanians ‘hooligans’ who misrepresented themselves as Kosovo Liberation Army fighters and associated them with Serbs because they speak a very similar language.

No one was convicted of these assaults. But Redzepi is hopeful that the Kosovo Specialist Chambers, the so-called ‘Special Court’ in The Hague that will try former Kosovo Liberation Army members for wartime and post-war crimes, could tackle the Skenderi case.

“I have asked for the Skenderi family murder to be mentioned at the Special Court,” she said.

There are now around 27,000 Bosniaks living in Kosovo. They say they are happy living there, even though they have serious problems with poverty, unemployment and discrimination against them by ethnic Albanians and Serbs in the country.

However, what they do want is meaningful participation in the country’s political system to ensure that their interests are properly represented. 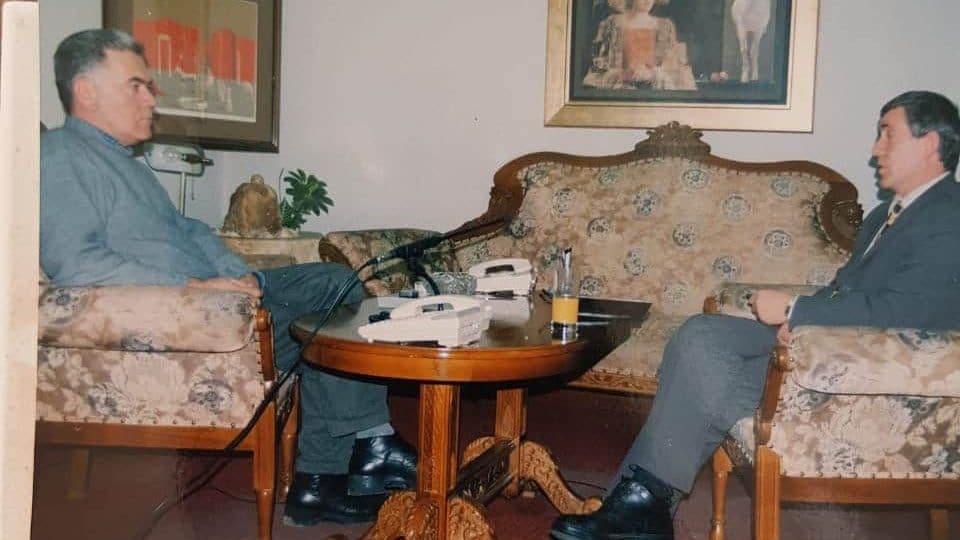 Alen Azari, the director of a Bosniak school in the village of Planjane in the Zhupe/Zupa Valley near Prizren, told BIRN that during the war, Bosniaks were asked to mobilise and fight alongside the Serbs.

They were faced with a terrible choice, Azari said: “How could we fight against Albanians who we lived with every day, and how could we not fight alongside the Serbs when they were so powerful?”

After the war, Bosniaks lived in poverty and fear of attack, trying to integrate by learning Albanian or shutting out the world and staying in their houses.

But Redzepi claimed that “the situation for us Bosniaks before and after the war does not differ much” – only the ethnic community in power had changed.

For both Serbs and Albanians, nationalism is very important, she argued, but education and equal rights less so.

She explained that the only way that the Bosniak community managed to avoid assimilation was “flexibility” and “maintaining our traditions and customs”.

Shahide Azari, Alen’s wife, recalled that after the war, she and her friends were constantly discriminated against for speaking Bosnian at their Albanian-language school.

“It took a while for the professors to convince the other students that we were not Serbs,” she said.

“We are always in the middle, although we do not want to do any harm or go against one group or the other.”

‘The war ended, but for us it started’ 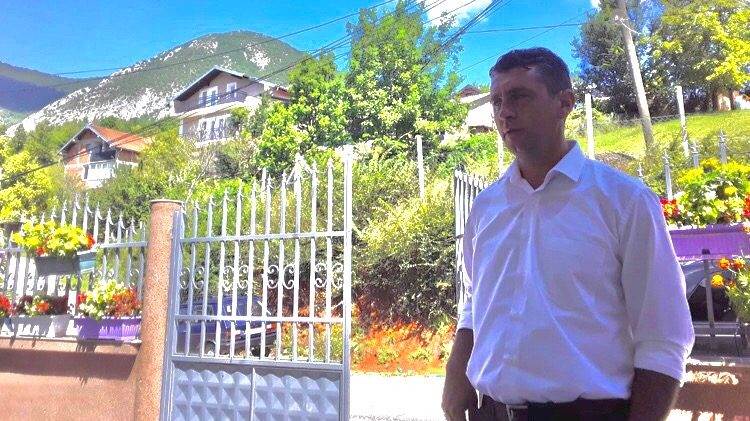 Alen Azari, director of a Bosniak school in the village of Planjane in the Zhupe/Zupa valley. Photo: BIRN.

The situation was similar throughout the country for Kosovo Bosniaks after the conflict ended in 1999.

“The Kosovo war ended, but for us it started,” recalled Suzana Dzudzevic, a Bosniak from the Kosovo town of Mitrovica who fled to Sarajevo as a refugee during the conflict but then returned.

The Bosniaks in Mitrovica live in a neighbourhood that is located between Albanian-inhabited South Mitrovica and Serb-inhabited North Mitrovica.

Dzudzevic indicated the houses around her own that are currently mainly inhabited by ethnic Albanians and those further north, owned by Serbs.

“For so many years we mainly stayed inside because we could not go to the north due to our religion and it was difficult in the south due to our language,” Dzudzevic said.

“Tell me, how could someone called Omer [her elder son] be accepted in a Serbian class?” she asked.

As she had studied in Albanian schools and “we are living in an Albanian-majority country”, she decided to send her son to an Albanian-language kindergarten when he was around five years old, immediately after the war.

“It was also closer,” she explained. “To send him to the [Serb-populated] north was rather dangerous.”

However, she changed her mind about the kindergarten after her son was left out of its programme of activities for Flag Day, the anniversary of Albania’s declaration of independence in 1912 which is commemorated as a national holiday in Kosovo.

Omer was the only Bosniak in a kindergarten with around 30 to 40 children and he was the only one not to be included in the celebrations.

“Mum, why aren’t you dressed for the activity?” Dzudzevic remembers her son asking when she went to pick him up. “All the other parents are!”

She had not been invited. On their way home, five-year-old Omer also asked: “Why didn’t I get assigned a poem? I can learn to recite a poem, can’t I?”

Having an Albanian, Turkish and Bosniak background, Dzudzevic said she feels part of each ethnic community, so the situation hurt her deeply. She decided that her sons should continue their education at a Bosniak school, despite the poor conditions there, with a lack of books and teachers.

“Now that my sons are grown up, I understand more. If something had happened to them, I too would not be able to listen to Serbian or similar languages without wanting them away from me. At the time, however, it was rather difficult,” she said.

Bosniaks ‘have no strong foreign patron’ 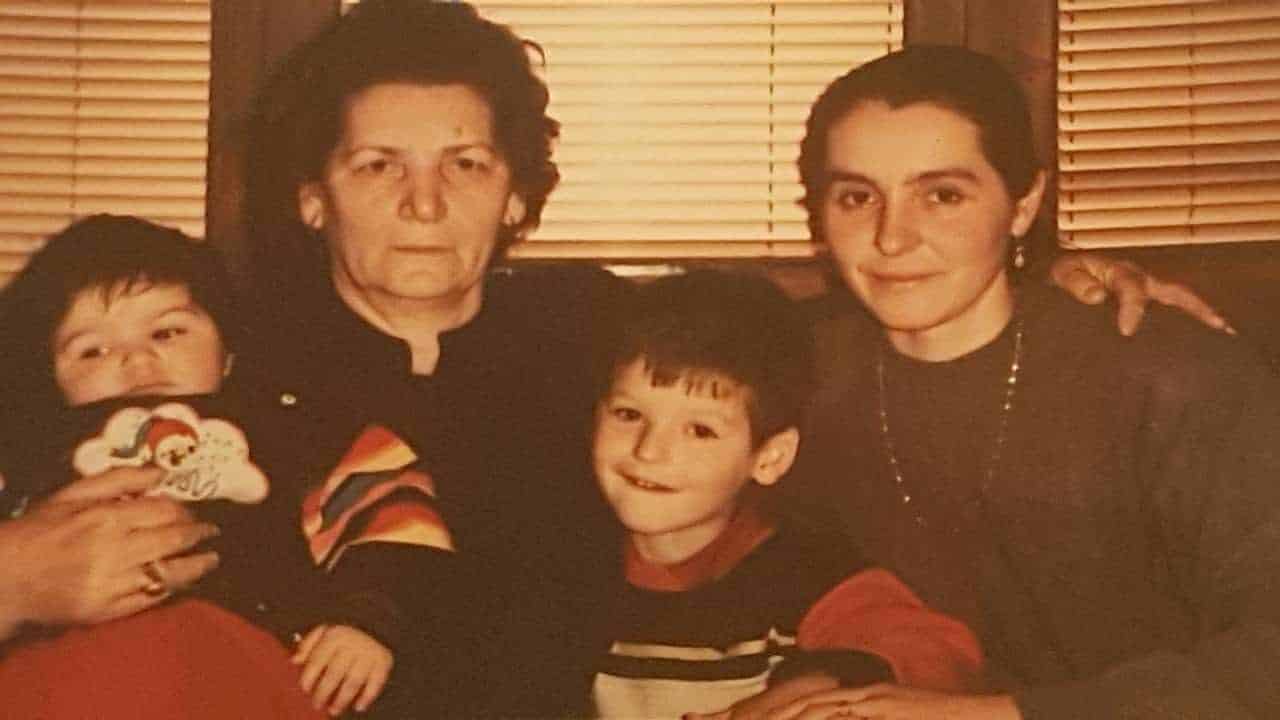 The Bosniak community in Kosovo has tried to maintain its culture and traditions in order not to lose its sense of identity. But amid the dynamics of the Kosovo Albanian-Serb conflict, the Bosniaks have been left without the feeling that there is a place that they can call their own.

Kosovo’s constitution describes the country as a “multi-ethnic society consisting of Albanian and other communities” who have the right to “freely express, foster and develop their identity and community attributes”.

In the Kosovo parliament, ten of the 120 seats are set aside for Serbs, four for the representatives of the Roma, Ashkali and Egyptian communities, three for Bosniaks, two for Turks and one for the Gorani, a small Slavic Muslim community. The rest are held by ethnic Albanians.

Each of the country’s ethnic communities also has the right to run a municipality if they are in the majority there. Currently Kosovo has Albanian-, Serb-, and Turkish-run municipalities.

The Bosniak community has asked to run its own municipality in the Bosniak-majority Zhupe/Zupa valley. The community was promised control over the municipality by Kosovo President Hashim Thaci in 2017 and by then Prime Minister Ramush Haradinaj in 2018, but this has not yet happened.

Both Redzepi and Murati argued that the main reason is lack of political will which comes as a consequence of the fact that the country’s Bosniaks don’t have a powerful international patron.

“The Turks knew how to utilise their MPs [in the Kosovo parliament] and had help from their patron, Turkey,” said Redzepi.

“The Turks have [Turkish President Recep Tayyip] Erdogan, the Serbs have their claims based on the history of Serbia” and the Albanians are the majority, Murati said.

Kosovo Bosniaks, who mainly work in agriculture and construction, often have to migrate to find jobs because of the high unemployment in Kosovo. Shahide Azari said Bosniak women in the Zhupe/Zupa valley are mainly unemployed because they do not know the Albanian language.

Another major social problem is poor standards of education. Alen Azari said that at the school he runs in the Zhupe/Zupa valley, there are only two hours of low-quality Albanian language teaching per week.

A total of 4,500 Bosniaks study in Bosnian, but their schools lack teachers and textbooks. Suzana Dzudzevic from Mitrovica said only one teacher taught most of the subjects at her son’s school.

At graduate level, the lack of professors capable of speaking Bosnian also causes difficulties, meaning students have to study in Albanian, Serbian, English or go abroad.