The Austrian Green Party told BIRN why MPs backed a proposed ban on an annual commemoration in Austria of Croatian Nazi-allied troops and civilians killed in World War II which has become a get-together for nationalists. 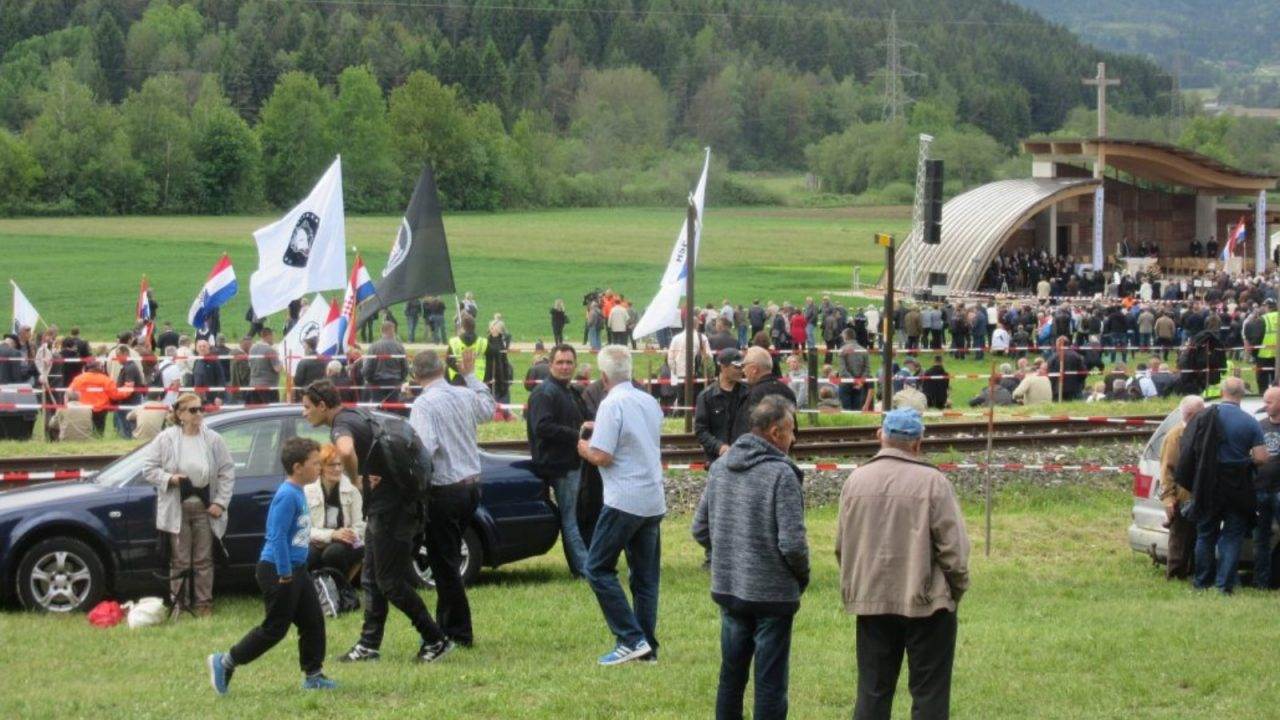 The annual debate about the Bleiburg commemoration, which is held in May each year, has gone quiet in Croatia after this year’s date passed – but in Austria, the country in which the event takes place, discussions about a proposed ban are ongoing.

At the end of May, four parties with MPs in the Austrian parliament – socialists, greens, liberals and conservatives – adopted a non-binding resolution calling on the interior minister to ban the commemoration of the killings of Croatian Nazi-allied troops and civilians at Bleiburg by the Yugoslav Partisans at the end of World War II.

“In our motion we requested the Minster of the Interior to consider all possibilities at the domestic, bilateral and European level to ban the ultranationalist-fascist commemoration in Bleiburg/Pliberk and on Austrian territory in the year 2021 and in the future by taking legal measures that are in line with the EU Charter of Fundamental Rights, the European Convention on Human Rights and other constitutional provisions,” Olga Voglauer, a parliamentary representative of the Green Party in Austria, told BIRN.

Voglauer, whose party initiated the motion, said that while it is not legally binding, it is “definitely a step in the right direction” and also “a political sign that the gatherings in Bleiburg shall no longer be tolerated”.

The annual event that takes place near Bleiburg, a small town in the south Austrian state of Carinthia, is controversial because some participants display symbols of Croatia’s Nazi-allied Ustasa movement, which killed Jews, Serbs, Roma people and others during WWII under the rule of the Independent State of Croatia, NDH, at concentration camps like the notorious Jasenovac.

Voglauer claimed that over the years, the event has become “one of the greatest gatherings of ultranationalist and fascist groups in Europe”.

This year the event in Austria was cancelled because of restrictions imposed in response to the COVID-19 pandemic. Catholic religious services were held in Sarajevo and Zagreb instead, sparking fresh controversy and a large anti-fascist demonstration in the Bosnian capital.

Voglauer said that the Austrian resolution was remarkable because “for the very first time, not only the Green Party but also our conservatist coalition partner ÖVP and two of the opposition parties, the Social Democrats and the neoliberal NEOS, have supported our motion for a resolution”.

Apart from the right-wing Freedom Party, “all parties represented in the parliament have taken a stance against the ultra-nationalistic gatherings”, she pointed out.

The Freedom Party warned earlier this month that a ban on the Bleiburg event was problematic because it could lead to bans on other gatherings in Austria.

“The Bleiburg event does not have to be liked, but freedom of assembly is an extremely important benefit protected by the constitution,” said Freedom Party MP Hannes Amesbauer.

The World Jewish Congress, an international organisation representing Jewish communities, has praised the Austrian MPs’ initiative, arguing that the Bleiburg event “has become a flashpoint for the glorification of the ‘heroes’ of the fascist pro-Nazi movement that ruled wartime Croatia and was guilty of appalling acts of mass murder against Serbs, Jews, Roma and anti-fascist Croats”.

It said that “no society can avoid a reckoning with the unsavoury chapters of its past” – but that “sadly, Croatia has repeatedly eschewed such a confrontation.”

In 2016, the Croatian parliament decided to reintroduce state sponsorship of the Bleiburg event after it was withdrawn in 2012 due to concerns that it served to rehabilitate the ideology of the Ustasa regime.

Each May, Croatian ministers and state officials lay a wreath in front of the monument in Bleiburg that reads: “In honour and glorification of the fallen Croatian soldiers.”

Austrian anti-nationalist organisation AK Pliberk/Bleiburg told BIRN that it welcomed the passing of the resolution by the Austrian parliament, but noted that banning the gathering would be “difficult and problematic, given the fact that the gathering takes place not only in public but also on property owned by the church and private individuals”.

A parliamentary home affairs committee discussion on the issue scheduled for June 3 was postponed, and the wording of the resolution is to be amended by the next committee meeting later this month or in early July.

Meanwhile, Austrian Interior Minister Karl Nehammer has announced the establishment of a working group to examine the situation, warning that the issue is very complex issue and that a decision must be made in accordance with the constitution and the rule of law.

Local Austrians ‘alarmed’ by the event

Danijel Majic, a journalist of Croatian origin who now works in Germany, has covered the Bleiburg commemoration three times – in 2013, 2018 and last year.

“These were very different gatherings… In 2013, I was one of the few journalists who were not from Croatia. The gathering was small then, about 4,000 participants,” Majic told BIRN.

He said that each year the glorification of the Ustasa movement became “less and less open”, but that in recent years there have still been individuals displaying Ustasa symbols.

The Catholic Church in Carinthia in Austria last year rejected a request from the Croatian Bishops’ Conference to hold a mass at the Bleiburg commemoration because it said the event was being used to promote nationalist ideas.

Also last year, the Austrian Interior Ministry banned the display of two Croatian Ustasa movement symbols – the letter ‘U’ with a grenade, and the checkerboard coat of arms of the Nazi-backed NDH.

According to the organisers, the Honorary Bleiburg Platoon, an NGO founded in Austria, some 15,000 people, mostly from Croatia, attended the commemoration last year.

They warned before the 2019 commemoration that all visitors were forbidden to wear any insignia except Croatian state flags and religious symbols.

Boze Vukusic from the Honorary Bleiburg Platoon told Croatian Catholic Radio in May this year that “rehabilitating the NDH or a regime during WWII that was allied to the Third Reich would be foolish” and that the organisation did everything it could to prevent “unreasonable individuals” from glorifying it.

BIRN asked the Honorary Bleiburg Platoon for a comment for this article but received no reply.

AK Pliberk/Bleiburg has also noticed that that the commemoration’s participants have tried to refrain from inappropriate gestures since they have come under increased scrutiny by the media, politicians and the police in recent years.

In 2019, one Croatian citizen was reportedly arrested for doing a Nazi salute, and in 2018, five Croatians and one Slovenian national were arrested during the event and charged with publicly displaying far-right insignia.

However, AK Pliberk/Bleiburg argued that the changes were superficial: “The main memorial still glorifies the fascist army and gathering serves as a revisionist counterpart to Jasenovac,” it said.

In the Carinthia area of Austria where they are held, however, many people are “truly alarmed over the ultranationalist and revisionist ideology underlying these gatherings and dismayed over the increasing magnitude of these gatherings”, she insisted.

Such events should be banned all around the world as well as in Austria, she said: “Like many others, I certainly do not wish my region and my country to serve any longer as a platform for ultranationalist ideological positions of the past.”