The Montenegrin parliament will collate statements, indictments and trial judgments related to war crimes in which the country was involved in the 1990s for a Documentation Centre that will be set up at the legislature. 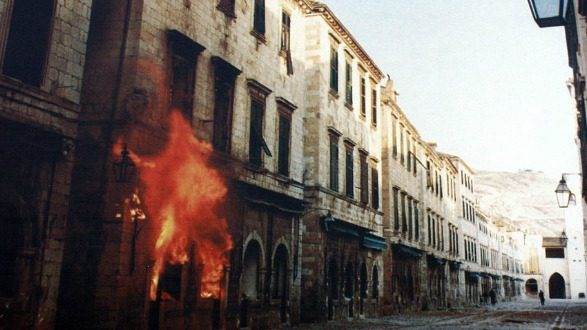 Montenegrin troops were involved in besieging the Croatian city of Dubrovnik in 1991. Photo: Wikimedia Commons/Bracodbk.

The head of the Montenegrin parliament, Ivan Brajovic, signed a decision on Friday to collect documents related to war crimes for the Documentation Centre at the legislature, saying that Montenegro must face its wartime past.

“Objectively and openly confronting unpleasant episodes from our past is an obligatory step in preventing future acts [of violence]. We are paying tribute to the victims of war crimes, but we are also clearly calling for the perpetrators of those crimes to bear individual responsibility,” Brajovic told media.

The Documentation Centre will be located in the parliament building and will hold statements, indictments, judgments and other source material related to the 1990s wars.

It is being set up as a partnership between parliament and the Youth Initiative for Human Rights NGO, which has already been collecting material for the Documentation Centre.

According to the decision signed by Brajovic, the Montenegrin parliament commits to looking after the material and making it permanently accessible to all interested parties.

As part of Yugoslavia, Montenegro took part directly in the wars in Croatia and Bosnia and Herzegovina under the leadership of Slobodan Milosevic, although it saw no conflict on its own soil. Analysts say that some former and current politicians had roles in wartime events that they would like to keep under the carpet.

Since Montenegro became independent in 2006, it has held just eight trials for war crimes committed in Croatia, Bosnia and Herzegovina and Kosovo. But only the lowest-level suspects have been tried, including guards, cooks, drivers and military volunteers.

The European Union has been urging that war crimes should be a high priority for Montenegrin prosecutors as the country makes progress in accession talks.

But despite this, Montenegro did not initiate a single new war crimes case in 2019, senior wartime officers suspected of offences remain unprosecuted, and only one low-ranking soldier was convicted.

On December 2019, former Yugoslav Army soldier Vlado Zmajevic was sentenced to 14 years in prison for the murder of four ethnic Albanian civilians in Kosovo in 1999. It was the first war crime trial verdict in Montenegro since 2016.