Chinese workers at a Chinese-run copper mine in Serbia have told BIRN of serious apparent violations of their rights, including restrictions on their movements, 12-hour workdays and having to hand over their passports.

Dozens of workers hired by China’s state-controlled Zijin Mining Group Co. staged a rare show of dissent on January 14 when they protested in front of a copper mining complex in the Serbian town of Bor, majority-owned by Zijin since 2018.

Zijin played down the event, saying the workers had gathered because they wanted to be vaccinated against COVID-19 in order to travel home for Chinese New Year in February but that there were no plane tickets available.

Evidence obtained by BIRN, however, indeed raises serious questions concerning the conditions facing Chinese workers in Serbia and the readiness of Serbian authorities to intervene and risk hurting an increasingly important diplomatic and investment relationship with China.

In interviews via a mobile phone chat app, several Chinese workers – all of whom declined to be named for fear of the repercussions of speaking to the media – spoke of working extremely long hours, being confined to their living quarters and having to hand over their passports.

“We don’t have any freedom, like we’re prisoners,” said one worker.

“Zijin does not treat us Chinese workers as human beings,” said another. “They’re worried and scared we will go out to look for journalists to expose the news that they have cheated us to come here and work.”

Under the terms of a 2018 bilateral deal, Serbia’s Labour Law is temporarily suspended for Chinese nationals working in Serbia, meaning the country’s Labour Inspectorate has no right to review their contracts or whether they have been paid. But it can and should inspect health and safety conditions, said Mario Reljanovic, an expert on labour rights and research associate at the Institute for Comparative Law in Belgrade.

Reljanovic said allegations regarding freedom of movement and the confiscation of passports were a matter for the police.

“Not only can the described treatment of workers be characterised as a crime of trafficking in human beings, but it is quite certain that the labour law treatment offered to them implies a complete lack of awareness of international labour standards and a complete lack of care for their health and lives,” he said.

“From the worker statements and the videos I saw, we can say that Serbian institutions definitely need to check what is going on there,” Reljanovic told BIRN. “I hope they will do their job freely without political and business interests prevailing.”

“They are completely unprotected, exploited for work, endangered due to the presence of the coronavirus on a construction site and in accommodation, in a foreign country whose language they do not speak, they are not in possession of their personal documentation at all times and their movement is restricted,” the NGO told BIRN in a written response.

Neither Zijin nor Serbia’s Labour Ministry responded to requests for comment on this story. 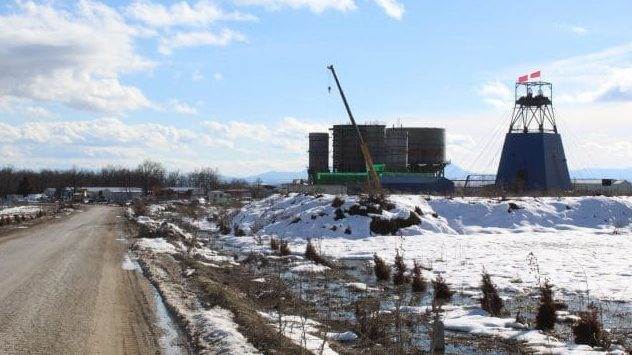 The readiness of Chinese companies to snap up indebted state-run enterprises in Serbia has helped relieve pressure on the Balkan country’s coffers, but analysts say it comes at a price in terms of transparency, environmental standards, labour rights and growing Chinese political leverage.

Zijin entered Serbia in 2018, paying $350 million to recapitalise RTB Bor and pledging to invest $1.26 billion over the following six years in return for a 63 per cent stake. It later took over a project to exploit the Cukaru Peki deposit.

Due to open this year, Serbia’s government says the project is of vital importance to the country’s economy, but Chinese workers at the site are paying a high price.

Video obtained by BIRN from inside their accommodation shows rooms of roughly 10 square metres packed with bunk beds for 10 people.

Perhaps most worryingly, some workers said they had signed blank contracts and handed over their passports.

“We’re not really aware what’s in the contracts,” said an employee.

“The paper is empty when they let us sign. What’s written in the blank space after signing no one really knows. They just demand that we work.”

“We’re not allowed to go outside, not even in front of the gates of our settlement. You need to sneak out if you want to buy something and if they catch you they charge you 30,000 dinars [232 euros].”

He also accused “the boss” of brushing off requests by workers to be allowed to return to China.

“The company took away our passports and threatens us that we will have to foot the cost of the return plane ticket if we want to go home,” he said. “Because of the pandemic, plane tickets are very expensive, so many have to just stick it out.”

In its response to local media reports about the January 14 protest, Zijin denied that those it hires are banned from leaving their living quarters when not working or made to work long hours. It also defended the quality of accommodation, saying, “Workers’ dormitories are equipped exclusively with new furniture, installations and devices.” 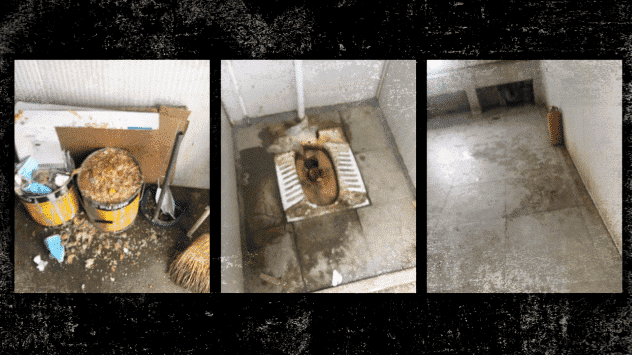 Over the past several years thousands of Chinese workers have passed through Serbia, an important station on Beijing’s Belt and Road Initiative to facilitate the transport of Chinese goods to European markets.

But little is known about the terms of their employment or the conditions in which they live and work.

Critics say bilateral agreements between the two countries, a way of fast-tracking Chinese investment, have circumvented Serbian law in a range of areas.

In September 2018, Serbia adopted the Law on Confirmation of Agreement on Social Security with China, making only Chinese labour law applicable to Chinese migrant workers in Serbia for the first five years of their stay. This means that Serbia’s labour law, and the standards it sets in terms of labour rights, is suspended in the case of Chinese nationals, limiting the jurisdiction of the Labour Inspectorate to investigate.

Chinese nationals account for almost 30 per cent of the total number of foreign workers in Serbia, at 3,148 in 2019.

Reljanovic, the labour rights expert, said the bilateral agreements cannot “exclude the right of the state to intervene in case of serious violations of the law.”

The 2018 agreement was signed ostensibly to regulate issues of double taxation, social security and similar matters, but in practice it was having “devastating results,” he told BIRN.

If the allegations being made are true, he said, it represents a violation of “not only the right to work and a safe working environment, but also the right to human dignity.”

The workers BIRN spoke to said they are not in possession of the contracts they signed because the company took them from them.

“If we add time spent leaving and returning from work, we need 14 hours every day,” he said.

“We can’t get enough rest, we don’t have individual freedoms… the salaries don’t arrive on time and we still often have situations where we are financially punished without adequate reason.”

“They never even provided us with things to protect us at work; we don’t have adequate clothes for work… some people’s feet freeze and they have no choice but to spend their own money on equipment.”

The January protest occurred after dozens of workers tested positive for COVID-19, triggering concern among others over the health precautions and hygiene standards in their living quarters.

Many have since been relocated to a Chinese-owned hotel on the outskirts of the Serbian capital, Belgrade. The doors of the hotel were locked and window blinds drawn when a BIRN reporter visited. A Chinese man peered out of a window but refused to speak. 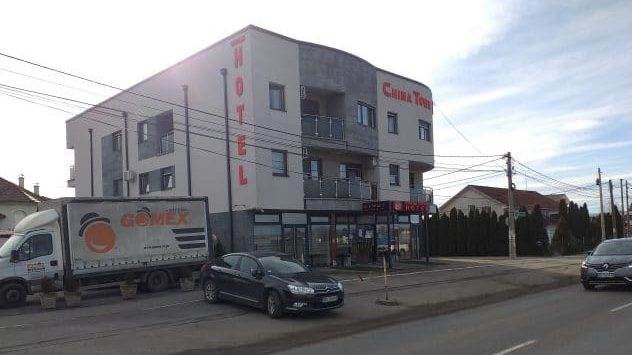 Hotel in the outskirts of Belgrade where some of the Chinese workers infected with Covid-19 were placed by Zijin. Photo: Sasa Dragojlo, BIRN

An official within Serbia’s Labour Inspectorate, who declined to be named, told BIRN that when the workers staged the protest, Zijin’s local management told inspectors by phone that due to the pandemic an inspection of the site would not be possible.

The official said that of 900 workers hired by Zijin’s local construction company in Serbia, Jinshan, around 400 still do not have official permits to work.

Reljanovic said Serbia’s public prosecutor should act, “as the interstate agreement does not grant – nor can it grant in any regular circumstances – amnesty from criminal liability.”

“It seems that the competent authorities and institutions in Serbia do not mind formally taking cover behind it and averting their eyes from the shocking fate of Chinese workers.”